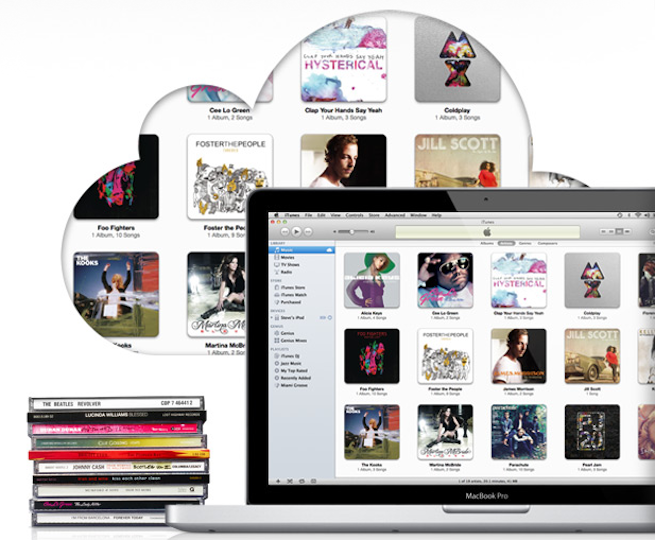 Apple’s iTunes Match service is getting a very significant upgrade in the next version of iOS that will make it far more competitive with the growing number of cloud-based music service competitors.

The biggest problem with Apple’s overall push to the cloud was its treatment of music. It’s true that you can access virtually any song, but the company’s iTunes Match cloud service currently treats them like files, which you can only download where there’s an available internet connection. That’s pretty much the opposite of how most consumers expect a cloud music service to work.

In the iOS 6 beta, Apple has switched on the ability to stream all the music in your library, provided you sign up for the $25 annual iTunes Match service. Basically, when you tap to play a song, you can stream it directly over the Internet without taking up precious storage space. This is a far more practical move for the service, because I rarely need access to my entire music library, but I do want the option of doing so.

For example, I listen to Phil Collins’ Sussudio probably once or twice a year. I never feel like I need to have it downloaded on any of my devices because my desire to play it is usually spontaneous. This new change in iOS 6 fixes that problem. (Phil and I both thank you for that, Apple.) It also cuts down on the amount of time I’d have to re-sync my music library to free up available space for other applications on my iPhone and iPad.

Personally, I’d like the option of temporarily pinning tracks that I want to listen to my iOS device, regardless of internet connect, similar to how music is treated on Android. For now, I’m happy for this slight upgrade though.

Of course, anyone with an older model phone that won’t be upgrading to iOS 6 will miss out on this new functionality. But I’m sure Apple is entirely fine with this detail because it’ll entice you to upgrade eventually.

Via Cult of Mac