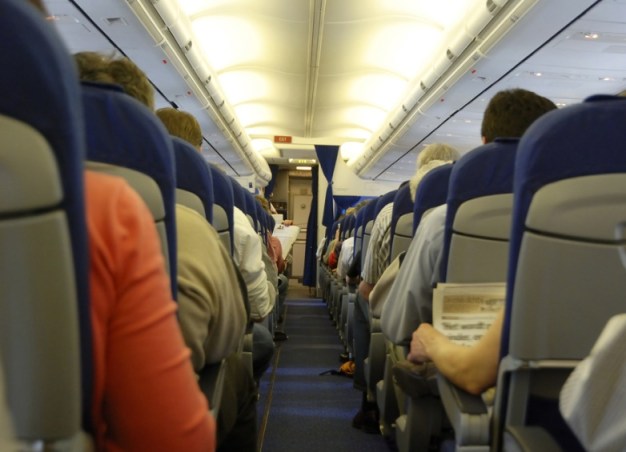 It’s been a little bit more than three years since in-flight WiFi started to really take to the skies, but it’s already becoming an indispensable tool for many travelers.

I was at San Francisco airport last Friday waiting for a six-hour flight to New York when the gate agent announced that the aircraft we were scheduled to board was having trouble with WiFi. People around the gate were incredulous. As it turned out, our aircraft had other problems, so they swapped airplanes. When we were boarding, another passenger inquired about the status of WiFi on our new plane. (It worked.)

A lack of in-flight internet access may have played a part in prolonging the mixups during Facebook’s IPO. Nasdaq CEO Robert Greifeld boarded a United jet from San Francisco to Newark airport shortly after trading began and before the full extent of the problems were known. According to the Wall Street Journal:

Flying at 37,000 feet, Mr. Greifeld was cut off from these stages of the mess. He had an armrest phone, but it didn’t work, he says, adding there was no Internet access on the flight.

If he had been flying United or Virgin America to JFK instead of Newark, he would have had WiFi and could have stayed in touch with the market and the SEC.

(Despite many people’s perception that in-flight WiFi is delivered by satellite, most of the aircraft offering WiFi in the United States use ground-based stations. The reason the phone in Greifeld’s armrest didn’t work was that spectrum was reallocated to Gogo for providing WiFi.)

San Francisco-based Virgin America was the first airline to offer WiFi on every flight, beginning in May 2009.

“Overall, usage is about 16%, but it varies widely across routes (with short hauls and red eyes seeing much lower numbers for example,” said Virgin America spokeswoman Abby Lunardini. “The average uptake across all of our SFO-JFK and SFO-BOS flights (this includes red-eyes!) is now 26%. We believe that the availability of power outlets, our Silicon Valley flyer base, and our other tech-forward features have made our WiFi usage higher than what may be expected.”

Gogo is the leading provider of in-flight WiFi in the U.S., serving Air Canada, AirTran, Alaska, American, Delta, Frontier, US Airways, and Virgin. Southwest has WiFi but uses Row44 as its provider. Very few United aircraft have WiFi. Ironically, JetBlue, which was among the first to experiment with in-flight internet on a plane nicknamed BetaBlue is a laggard when it comes to WiFi. Gogo has filed for an IPO and is in its SEC-mandated quiet period. A spokesman did not respond to a request for comment.

The odds of having WiFi on a given plane are highest on Virgin America and AirTran (100%, unless something is wrong) and Alaska. Delta has equipped 100% of its mainline U.S. fleet. You’re virtually guaranteed to be out of touch on United and JetBlue. Because of the location of ground stations, WiFi is available over the 48 contiguous United States and border zones in Canada and Mexico.

There’s a productivity component to WiFi. When I was working on one flight, someone responded on Twitter that $18 was a lot for a single flight’s worth of WiFi. But when you divide that by 6 hours, $3 an hour for increased productivity is a bargain.

“There was a time when American Airlines catered to tech-savvy business travelers, as one of the first to offer fleet-wide seat power,” said Swipely CEO Angus Davis. “But recently I was in for a rude surprise when I found a BOS-MIA American flight lacking in-flight Gogo WiFi. Virgin America has raised the bar, and after flying them so often, I just took it for granted that the AA flight would offer WiFi. I was wrong, and it cost me three hours of lost productivity. Next time I’ll double check before booking on AA.”

I would even pay a higher airfare for flights with WiFi than a flight without. In case you’re wondering, this story was written and filed aboard a Virgin flight from JFK to SFO. A speed test on my flight showed 0.32 Mbps downstream and 0.18 Mbps upstream.

United, which doesn’t have WiFi on most of its aircraft, was forced to respond to Virgin’s introduction of WiFi on the lucrative SFO-JFK and LAX-JFK routes. United planes on those routes now have WiFi. Although United used Gogo for those routes, it’s planning on using satellite-based WiFi for the rest of its fleet.

A quick survey I did of my tech-savvy Twitter follower base found that out of 34 respondents, 13 said that availability of WiFi would influence their choice of airline “a lot.” Six more said they “will always fly WiFi equipped planes when available, regardless of cost.” Although they are hardly representative of the general public, many of them are the type of high-value customers airlines covet.

“Latency, poor connectivity and bandwidth often lead to frustration,” wrote one respondent to my survey.

But that may be changing with this summer’s introduction of ATG4 on Virgin America.

(For the record, my experience has been that Gogo works better in the air than AT&T’s 4G LTE cellular network does at SFO.)

One respondent wrote, “It’s neat, but I’m also often more productive without the distractions of the Internet. (Possibly relevant: I’m over 40.)”

Although some travelers may consider WiFi indispensable, Virgin doesn’t — at least for now. Lunardini said the airline wouldn’t hold a flight solely to fix a WiFi problem.

It may want to reconsider: According to my survey, 20 out of 34 people would rather wait one hour to have WiFi fixed than fly six hours without it.