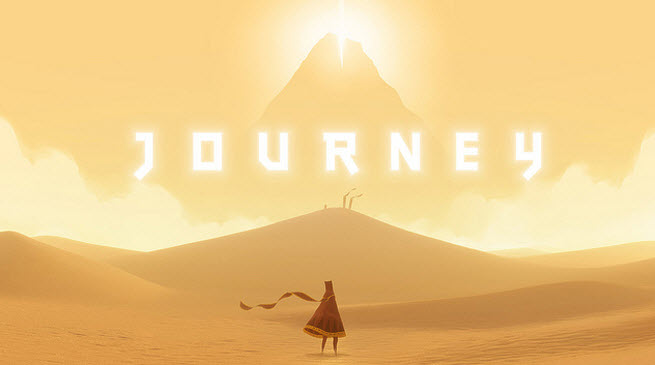 The journey of indie game developer Thatgamecompany is about to get a lot more interesting. The maker of Journey, a big hit and highly original game on Sony’s PlayStation Network, has raised $5.5 million from Benchmark Capital.

The Santa Monica, Calif.-based startup’s three-game deal with Sony has expired, and now Thatgamecompany wants to spread out and make games for more platforms to reach larger audiences, said Jenova Chen, founder, creative director, and chief executive of the company.

Thatgamecompany was started in 2006 by Chen, Kellee Santiago, and a group of students from the game design program at the University of Southern California. The team had created Cloud, a zany game that had cool sounds and visuals. Then they cut a three-game deal to build games for Sony and its PlayStation 3 game console. Those included flOw, Flower, and Journey. Those games were unique creations. They had no violence and no words. They emphasized discovery and exploration and focused on storytelling that elicited an emotional reaction from the audience. In Flower, the player is the wind in the dream of a dilapidated flower in the midst of a dying city. In Journey (pictured above), you play a robed character who has to make a perilous journey to the top of a mountain. It’s like a metaphor for life, with rich graphics and cool animations.

The company made games that “provided meaningful, enriching interactive experiences in a broadly accessible, artistically crafted way,” Chen said in a post.

Journey, which was published this spring on the PlayStation Network, was the most popular title ever to be published on Sony’s downloadable games platform. Chen said in an interview with GamesBeat that he is grateful for the opportunity that Sony gave his company, but now he wants to spread out. The funding from Benchmark will enable the company to develop and release its games independently.

Thatgamecompany has already sold millions of games. But this move will allow it to take its emotionally compelling games to more platforms and a broader audience, Chen said. Benchmark’s Mitch Lasky shared that vision to build the company into a global entertainment firm.

“Jenova has a chance to be the John Lasseter (head of Pixar) of the video games business,” Lasky said in an interview. “I feel privileged to be riding shotgun with him. The ambitions for Thatgamecompany are very exciting to me.” 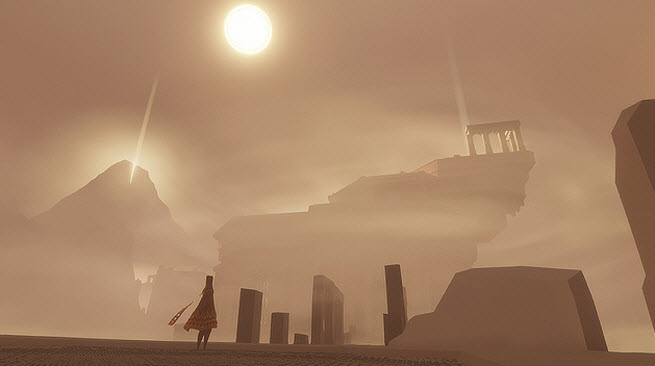 Lasky referred to Journey as a “strange and magical” experience. He first met Chen years ago, when Chen was still a student, after Lasky had sold his Jamdat mobile game company to Electronic Arts. After Journey shipped, they reconnected. At that point, it was clear that the relationship with Sony was limiting the potential of Thatgamecompany. Lasky believes that Chen’s games have simplicity, logic, and depth. The experience is beautiful, and meditative, he said.

Thatgamecompany has only nine employees right now. C0-founder Kellee Santiago recently left, as did designer Robin Hunicke. Chen didn’t say why they split apart, but noted that it happened before the discussions with Benchmark started.

As for the state of the industry, Lasky said, “We are at a point in the video game industry that the industry is hollowed out. It is out of touch with the zeitgeist, creating sequels and formulaic games over and over again. The energy comes from the indies.”

But Lasky has been part of a revival, as Benchmark has funded companies such as Riot Games (which is majority owned by Tencent), maker of the popular free-to-play web downloadable game League of Legends. He also funded Meteor Entertainment, which is making the free-to-play game Hawken for this fall.

“We are at a confluence of financial interest, the ability to self publish, and the broadening of consumer tastes that favors the indie movement,” Lasky said. “We have a democratization of publishing, the world has changed, and the audiences like the authenticity and authorship of the indies. It’s a great time for Jenova to be completely unfettered when it comes to innovation. He is ready to spread his wings now.”

Chen said he liked the idea of having complete control over the a game, from the making of it, to the marketing to consumers, to what the consumer sees when they first sign on. Chen has a new title in the works, but he said that he can’t talk about it now. But he says it will definitely be a cross-platform game. With the new money, Chen said, the company will be able to make its games the right way.

“We got so many emails from fans saying they wished they could play our games on other platforms,” Chen said. “We make games for human beings, not just gamers. Young, old, men, women, and from all countries. We want to change the concept of what a game is and show society what a game can be.”