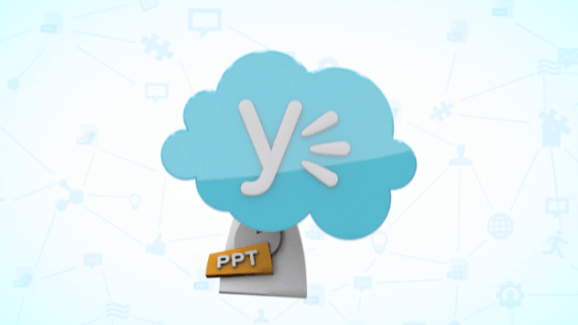 Although nothing is certain until cash is in the bank, Microsoft’s $1.2 billion acquisition of Yammer looks pretty much like a done deal. VentureBeat asked some industry analysts and experts what they think this deal will do to Yammer, Microsoft, and the enterprise social networking industry as a whole.

Please note, the opinions expressed here are the individuals’ own.

Aaron Fulkerson, who runs MindTouch, a social help system and knowledge base said that this was a much-needed move by Microsoft. Fulkerson worked at Microsoft until 2003 as a program manager, reporting to chief strategy officer Craig Mundie. He said the acquisition is an important one from Microsoft’s perspective:

Microsoft has been deluding itself into believing SharePoint plays in the social space, arguably the most important market in software in the last decade … acquiring Yammer will make them relevant.

Having Yammer as part of MS SharePoint would mean finally delivering on the demands of the many many millions of disgruntled and frustrated SharePoint users … Furthermore, Yammer as part of MS Dynamics would create a highly competitive offering in the Social CRM space that would undoubtedly put pressure on Salesforce.com. The ‘winners’ in industry would be Microsoft SharePoint and Dynamics users, as well as Jive Software, who would continue to receive a halo effect on their stock price.

And in terms of winners and losers? Fulkerson says Microsoft is a winner, but other enterprise social players are losers:

This would, of course, have a profoundly negative impact on the dozens of point social applications playing in the social intranet ecosystem and relegate them to the dead pool or even more niche plays.

Yammer could be used as a giveaway to get buyers onto Microsoft SharePoint and Dynamics. This will really put a hurting on other, smaller, vendors [such as] Jive.

Frankly, this would make Microsoft relevant in the social space. Relevance is something Microsoft could use more of.

Ram Menon, president of social computing at Tibco, heads up a competing product in the enterprise social networking space, Tibbr. Tibbr is used in Shell, Macy’s, and KPMG, among other companies. He damns Yammer with faint praise and doesn’t seem to think much of it as a future-looking technology:

I laud Yammer investors for extracting an outstanding return on their investment. Given Yammer’s freemium  model and the product issues they faced scaling for true enterprise-class deployment, this presents a graceful exit from what could have been an uphill road over the next couple years.

Menon isn’t a fan of Yammer’s approach of adding a social layer on top of existing technologies:

Companies continue to be bombarded with vendors offering a social layer to every product they provide — adding social to ERP, HR, CRM, etc. seems to be the flavor of the moment. And the question that users tend to ask is, do I buy a social channel for every application I use or can I buy just one TV that runs all channels that allows employees to get work done?

Lawrence Coburn, founder and CEO of DoubleDutch, a mobile enterprise app builder in the collaboration and sharing space, said he’s happy for the Yammer team but pessimistic about the long-term results:

We’re really happy for those guys — their distribution has been very good, and Microsoft makes a lot of sense for them. I think it’s a good match.

I think it was a good idea to get out now, because mobile is going to eat enterprise collaboration’s lunch, and Yammer is very much a desktop-first service.

Let us know in the comments what you think of Microsoft’s Yammer buy.