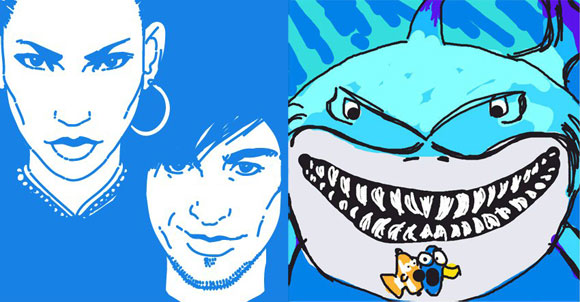 What do you do if you bought a $200 million baby that everyone thinks is ugly? Well, if you’re social games pioneer Zynga, you bring it to network TV.

Draw Something, the game that saved small studio OMGPOP and prompted a huge buyout from Zynga, is coming to CBS. Draw Something is the game in which you draw something and a friend guesses what it is. According to Variety, celebrities and everyday users will test their skills on live TV while audiences at home can join in to win prizes — including a chance to compete with the celebrities. A group including Sony and Ryan Seacrest is producing the show, but no date has yet been set for the first airing.

Of course, Zynga has been widely criticized for its purchase of OMGPOP, a one-hit studio. Draw Something has been an immense success but has tailed off sharply in the past few months, losing about seven million users in the past month alone.

This drop has paralleled Zynga’s own stock woes. The company has lost almost two-thirds of its value in the last few months:

All of this suggests that Zynga has to do something, anything, to make its exuberant $200 million purchase make cold, hard financial sense. A network TV deal has the potential to do this in two ways. One, the deal itself will be worth some money — how much was not released. But two, and perhaps more importantly, a popular TV show could reignite public interest in Draw Something.

It’s easy to be a little bit cynical about this deal, but all sarcasm and joking aside, this has the potential to be something very, very innovative. Zynga and CBA will be combining live game-show-style television with interactive audience engagement on smartphones and tablets. That’s interesting and, at the very least, should suggest some new twists in the future of entertainment.