I’m a multi-tasking, tab-switching, compulsive email-checker and apparently this behavior could indicate that I’m depressed, according to researchers from the Missouri University of Science and Technology.

Assistant professor of computer science Sriram Chellappan and software engineer Raghavendra Kotikalapudi gave an overview on their research in the New York Times. The duo’s research suggests that your Internet behavior ties in with your mental state. Specifically if you share a lot of files online, switch between Internet applications, watch a lot of videos, or check email obsessively, you could be depressed.

To reach these findings, Chellappan and Kotikalapudi rounded up 216 college students and asked them to fill out questionnaires to determine if they suffered from depression or anxiety. Then they researchers looked at their Internet behavior to see if they could make any connections.

Two major themes stuck out. First, those who showed depressive symptoms engaged in a lot of file-sharing online. Second, those with depressive symptoms had “very high e-mail usage” and “exhibit high ‘flow duration entropy,'” meaning they switch between Internet applications — such as chat apps, games, music players, and browsers — frequently.

Chellappan and Kotikalapudi point out throughout their article that their findings are in sync with those from the National Institute of Mental Health and prior psychological research that shows those with depression have difficulty concentrating.

It’s hard to take some of the research seriously, since most of us check email frequently for our jobs, multitask online, and watch videos, and don’t exhibit signs of depression. Many of these Internet tasks are commonplace for anyone who owns a computer. It is interesting that college students, who are often a few years away from the corporate world, use email heavily and show signs of depression. Perhaps we are prepping them for a life full of urgent three-in-the-morning emails from their bosses.

It should be noted that these results are merely a correlation between depression and Internet use. The study does not say watching a lot of videos causes depression, so don’t worry about kicking your YouTube addiction just yet. 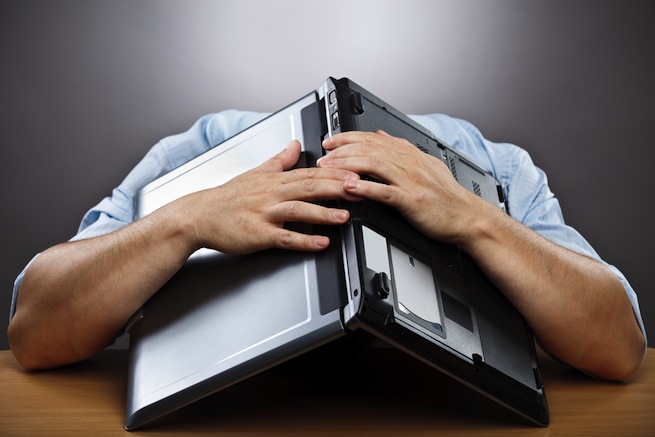