Barnes & Noble is denying any involvement in today’s Microsoft announcement.

TechCrunch is reporting insider information that the big and much-anticipated Microsoft announcement tomorrow is an e-reader and streaming media tablet produced in conjunction with Barnes & Noble. If that’s true — and that’s a big if — I’m more than a little shocked by the massive build-up and pre-launch tension-building secrecy.

Let’s be honest: Windows on a tablet is, at the moment, a loser. Currently, Windows is a tiny, insignificant slice of the tablet market. There’s hope in Redmond, and maybe even belief, that this will change soon, but no-one else is holding their breath.

In this chart from IDC three days ago, Windows is “other.” Get out your microscope. 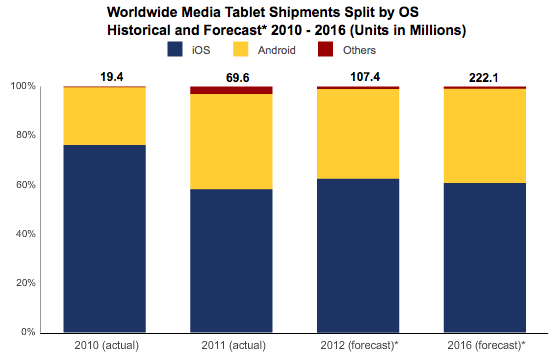 A second moment of honesty: Barnes & Noble is a loser. We all know its chief competitor — the one named after warrior women tough enough to saw off a boob so they could kill their enemies with greater efficiency. And yeah, Amazon is exactly that tough.

Amazon is worth almost a hundred billion dollars; Barnes & Noble under a billion. Amazon had over $50 billion in revenue in the last 12 months; Barnes & Noble just over seven. Amazon’s revenue per employee is triple Barnes & Noble’s … the list goes on. Wolfram Alpha tells the story: 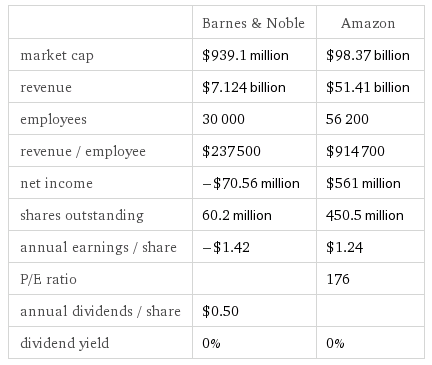 One plus one (plus one)

I believe it was the indubitable Mr. Holmes who said that one plus one has never failed to equal two. Pairing an unpopular and as-yet-unproven operating system with a failing and marginal content partner is not exactly a recipe for success. 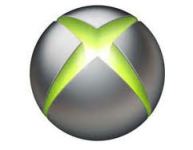 However, there is a wild-card: Xbox live streaming.

Microsoft has been adding content partners to Xbox streaming with increasing velocity, announcing 35 new ones in just the past month at E3, including Nickelodeon, NBA Game Time, NHL GameCenter, WatchESPN, and The Weather Channel. These additions, with all the other content partners announced previously, have led to plenty of speculation that Xbox could replace your cable or satellite TV provider.

Now you have something interesting.

If Microsoft’s play is indeed to create a new kind of tablet that can replace — perhaps better than iPad — your TV provider, watch out.