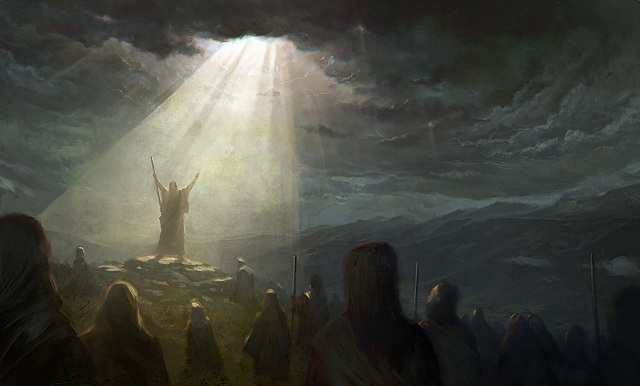 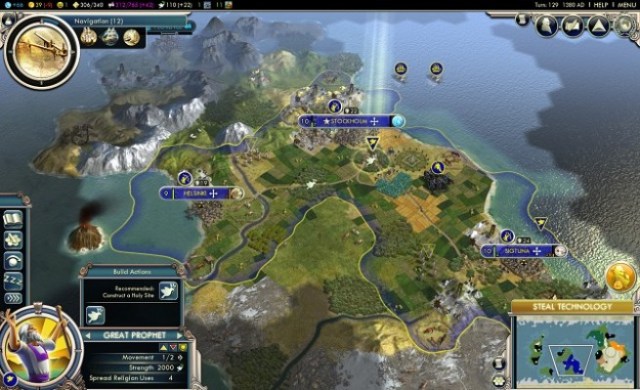 Civ V is still fundamentally flawed
At the core of the Civilization series is the management of a careful balance between expanding your empire and researching new technologies, maintaining a standing army, and improving diplomatic relations with other nations. Civ V, unlike the previous games that use corruption (Civs II and III) or treat founding new cities as a monetary investment (Civ IV), employs a global happiness mechanic to prevent you from building too much too quickly.

No matter how hard Firaxis tries to fix it, though, global happiness just isn’t an adequate limit on expansion. In Gods and Kings, obtaining happiness (a resource measured in number of smiley faces) is just way too easy — even with the developer’s attempts to lessen the effect of happiness-generating buildings and social policies that shape your customized government.

The new mercantile city-states only exasperate the problem. These minor players in Civ V are single-city nations that you can influence with your actions (by completing “quests” they ask of you or through outright bribery). Once you have enough sway over a city-state, it becomes your ally and grants you bonuses specific to the type of state that it is. Mercantile city-states provide unique luxury resources, which give your empire happiness, and straight-up just hand over even more happiness. Ally with one or two of these and you’ll not have any limit on expansion.

Series creator Sid Meier’s maxim that good game design is a series of interesting decisions falls apart when only one strategy becomes overly dominant. In Gods and Kings, that approach is still founding as many cities as possible as fast as possible (known as ICS, or infinite city sprawl). 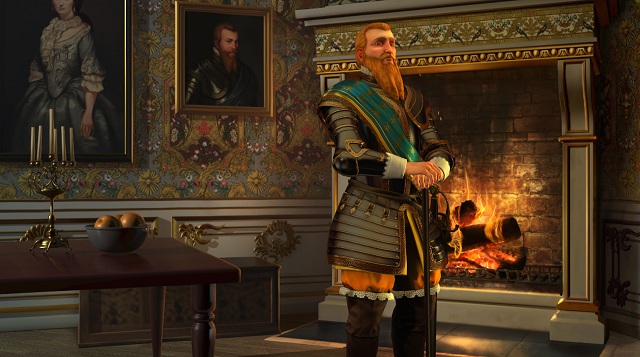 The A.I. still can’t play the tactical game
The most readily apparent change that Civ V brought to the series was revamping combat to be more like a proper wargame — lead designer Jon Shafer even cited 1994’s Panzer General as inspiration. This meant dropping the traditional square grid layout with a hex-based system, enforcing a one-unit-per-hex rule in place of the traditional ability to “stack” units in the same space, and utilizing ranged attacks (where a soldier can attack from two or more hexes away) much more than in the series’ past.

While I initially looked forward to this new warfare model, in practice, it’s not much fun when your opponents have no idea what they’re doing. In a battle for the city-state of Lhasa, I positioned two cannons, a Gatling gun (a new unit in Gods and Kings), a squad of musketmen, and a great general to lead the charge around the metropolis.

But Lhasa, defended by its own cannon and the city’s innate defensive capabilities, never attacked these soldiers. Instead, I moved lancers and horsemen back and forth over a specific hex because Lhasa would first attack whatever I put in that space. It was only a matter of time before I whittled down Lhasa’s defenses to zero and walked in essentially without a fight.

One of two things happened on here, both of which are unacceptable: Either the A.I. was targeting an enemy that couldn’t possibly attack (all my other units stood in the way) or was going after the one enemy least effective against cities (since the original release, Firaxis has added a negative attack modifier to this class of unit when attacking cities). And this is only one example of many. If Civ V is supposed to make combat more engaging, I shouldn’t be able to short circuit the A.I. so easily.

Gods and Kings feels like Civ V is taking a step forward in some respects. The new espionage system is a worthy addition, and it smartly enhances the sorely lacking diplomacy of the original release. But Gods and Kings also feels as if a lead boot firmly plants the other leg on the ground, leaving it unable to move.

Global happiness just doesn’t work, and I don’t know if fixing this is even possible, considering that so many other gameplay systems depend on the mechanic. The A.I. still doesn’t provide an adequate challenge in combat, nor does it appear to even understand the rules. This is doubly problematic because this warfare model holds such primacy in this newest entry in the series.

Civilization V: Gods and Kings releases on June 19, 2012 for PC. The publisher provided GamesBeat with a Steam download code for the purpose of this review.