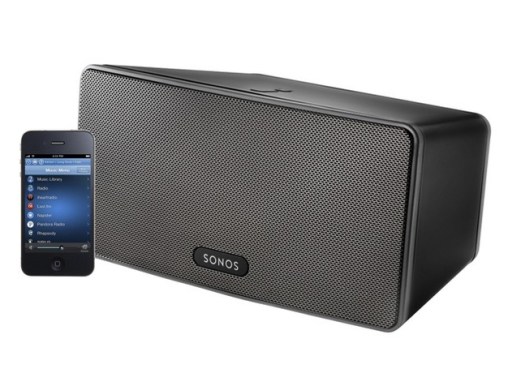 Sonos, maker of wireless multi-room speaker systems, has grown quite popular with music lovers since it launched a few years ago. And now, it’s attracted quite a bit of cash.

The company has raised $135 million in a pair of funding rounds led by equity firm Kohlberg Kravis Roberts. Investors Redpoint Ventures and Elevation Partners supported the round, AllThingsD reports. Much of the cash will be used to further company growth via new products and advertising, Sonos says.

Previous investor Index Ventures, which raised $25 million last year, did not join the current round.

Sonos first demoed its devices way back in 2004 and released the ZonePlayer 100 and CR100 in 2005. Its latest device is the Sub, a $699 wireless subwoofer that seamlessly connects with Sonos’ other devices. Sonos’ approach to products has rightly drawn comparisons to Apple’s efforts.

“We set out to be the Bose of the digital age,” Sonos co-founder Tom Cullen told VentureBeat late last year.

With the funding news, the company also announced that former Apple chief financial officer Fred Anderson, along with KKR’s David Kerko and Rhode Island School of Design president John Maeda would be joining the Sonos board of directors.

Correction: The headline to this post previously stated the funding amount as $145 million.