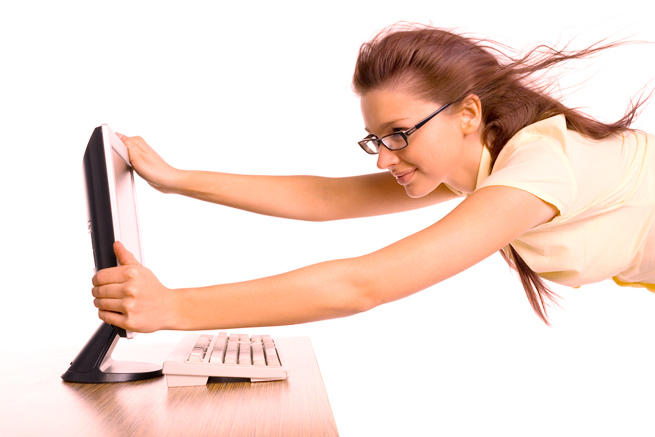 Verizon’s home services arm has launched FiOS Quantum high-speed Internet access that delivers up to 300Mbps downloads and up to 65Mbps uploads, making it one of the fastest mass-scale offerings in the U.S.

The new Quantum service has speeds that almost no other cable or ISP in the country can match, making it extremely attractive for heavy Internet use. With Quantum, Verizon says, you can download 50MB worth of music (10 songs or so) in 1.4 seconds and a 5GB high-def movie in 2.2 minutes. Online gamers and streaming video aficionados will be especially interested in these crazy speeds.

“As consumers stream and watch more movies, sports, and shows in their homes on devices other than traditional TVs, such as smartphones, tablets, gaming consoles, smart TVs, and Blu-ray players, they need faster broadband to enhance their experience,” said Mike Ritter, chief marketing officer for Verizon’s consumer and mass market unit.

Usually, Verizon offers cable, phone, and TV bundles with its internet service plans to keep the total price down, but Quantum is offered as a stand-alone plan. It costs $210 a month on a month-to-month basis, or you pay $205 a month with a two-year contract.

As fellow VentureBeat writer Ricardo Bilton noted when news the Quantum news first leaked to the public, the company’s pre-Quantum FiOS service has been a big money-maker for Verizon, which reported the service accounted for 63 percent of its consumer revenue during the first quarter of this year. Clearly, the company has invested much in increasing the service’s reach even further. As of last quarter, the company counted 5 million FiOS Internet customers out of a possible 13.7 million who live in areas where the service is offered.

Other 1Gbps providers in the U.S. that are offering service now or will be soon include California’s Sonic.net, Google’s fiber initiative in Kansas City, Kan., and startup Gigabit Squared, but all three of those are not nearly as widespread as Verizon.