The Online Publisher’s Association just released the results of a new study on tablet owners’ use and purchase habits. The news is good if you’re a magazine, not so much if you’re a newspaper. But it’s all good if you’re an app developer.

31 percent of US internet users now use a tablet in 2012, up from just 12 percent last year. That’s 74 million tablet users: a significant slice of consumers. And, the magic that marketers are always looking for, they trend higher income. The highest penetration of tablet use is in the $50,000-and-up income categories.

The gap between iOS and Android shrank, largely due to the Amazon Kindle Fire: 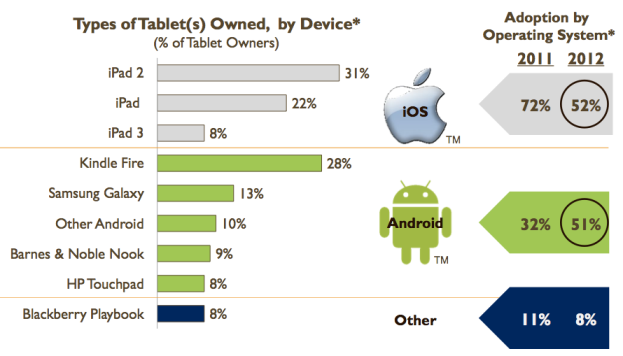 The most common uses of tablets are much as you’d expect: watching videos, getting news, and checking the sports scores: 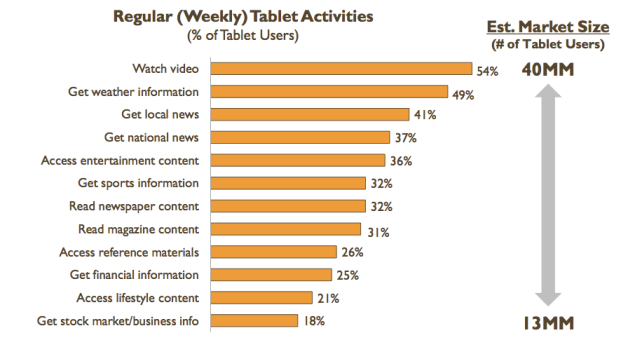 The market for paid apps is getting bigger: Even though only 23 percent of all apps were paid apps, 72 percent of all tablet owners had paid for at least one app. Tablet owners did, however, show an increased preference for apps with advertising versus paid apps, so there remain multiple monetization options.

The researchers estimated that the total market for paid tablet apps in 2012 will be $2.6 billion. 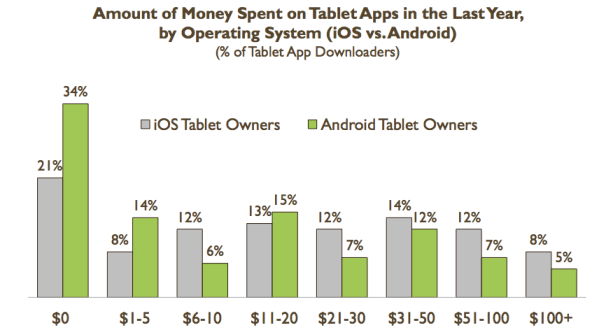 Of particular interest to content creators and distributors is the finding that 61 percent of tablet owners have purchased at least one piece of content for their tablet. Most of that is in magazines and digital books, with only 15% of that in newspapers.

Movies, however, are a surging category, with TV shows not far behind: 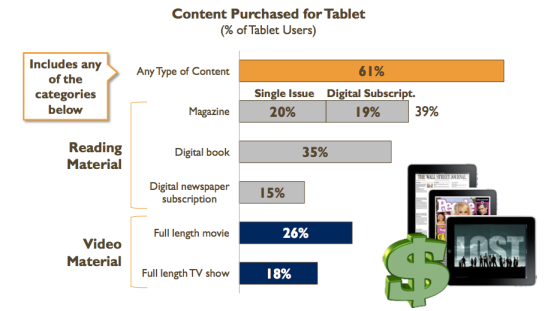 And in worse news for newspapers, when researchers calculated the total dollars spent on content, news came out far behind magazines, entertainment, and sport: 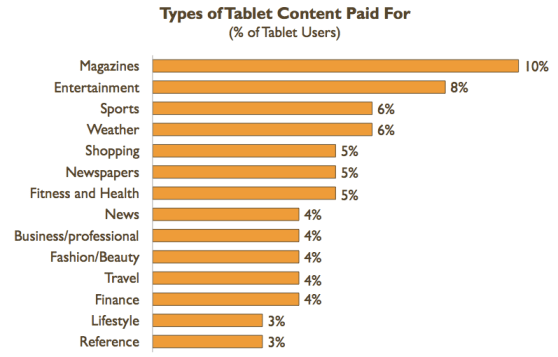 See more details in the gallery: