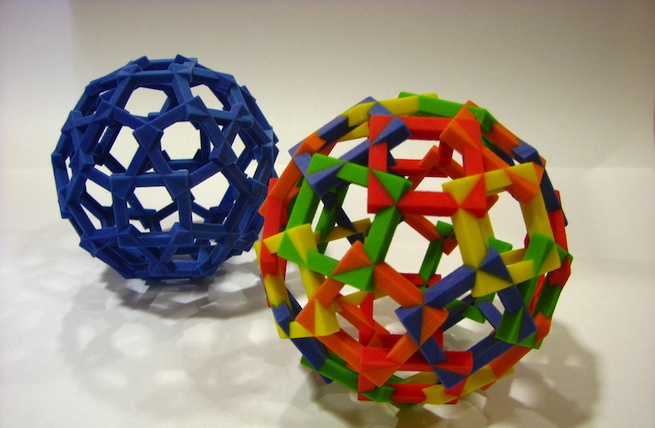 Check out today’s funding news; there’s a lot of it. A high-brow Airbnb clone snagged $12 million, and 3-D printing received a $6.2 million boost. Take a look at the other companies that VCs are throwing money at today:

Follow us on Twitter, @venturebeat, and you’ll get updates throughout the day when funding news breaks on VentureBeat.

Near Infinity, a software development and big data company that caters to the U.S. government, has raised $17 million in a new round of funding from Columbia Capital and Razor’s Edge Ventures. The company builds applications for the U.S. intelligence community for personal communication, search, analysis, and security. Read more on VentureBeat: Near Infinity gets $17M to build apps for U.S. intelligence agencies.

Shapeways gets $6.2M for 3-D printing

Shapeways announced the close of a $6.2 million second round of funding on Tuesday. The company will print anything you can dream of in 3-D. You can either upload your design or create one with Shapeway’s software. Read more on VentureBeat: One million 3-D printing projects later, Shapeways grabs a new investment.

Dropcam raises $12M to watch your house when you’re away

Home surveillance camera maker Dropcam has just secured $12 million in a second round of funding led by Menlo Ventures and supported by Accel Partners and Bay Partners. Dropcam’s Wi-Fi-enabled video cameras make it easy for users to remotely monitor their kids, pets, and homes from a variety of devices. Read more on VentureBeat: Video surveillance startup Dropcam gets a fresh $12M, rolls out new Android app.

Bluebox grabs $9.5M, won’t reveal its security plans quite yet

Robot manufacturer Rethink Robotics, founded by iRobots co-founder, has raised $30 million in new funding. The company is building robots that might one day interact with humans and take tasks off our hands. Sigma Partners led the round, with participation from Draper Fisher Jurveston. Read the press release.

“Unhotel” Onefinestay raised $12 million, the company announced today. The company’s premise is very similar to personal vacation rental site Airbnb, but is fancier, according to Onefinestay. Only luxury apartments and homes need apply to list their homes on the service. Canaan Partners led the round. Read the press release.

“Sales platform for salespeople” Crushpath launched Tuesday with $2 million in funding. The company lets salespeople communicate with each other, Yammer-style, so they can track a sale from lead to close. Charles River Ventures led the round. Read the press release.