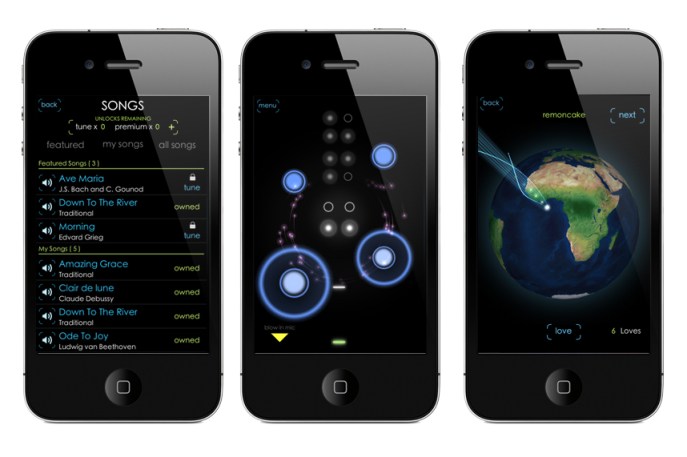 It may seem silly to play your phone like a musical instrument, but that’s exactly what over six million iOS users have done with the Ocarina app, a program created by the social music-making company Smule that turns the iPhone, iPod Touch, or iPad into a virtual wind instrument. Today, Smule is launching the free Ocarina 2 on Apple’s App Store.

“In 2008, we released Ocarina, a magical flute-like instrument sensitive to your breath and touch, and allowed people around the world to listen to one another create music,” said Smule in a statement sent to GamesBeat. “Recently, we went back to the drawing board to re-imagine Ocarina from the ground up to make it easier for everyone to learn to play. In some sense, Ocarina 2 is both old and entirely new. We see Ocarina 2 as an opportunity to open up the magical experience of Ocarina to more people, with new bells and whistles.”

Fifty songs are available to play at launch, including music from artists like Beethoven and Lada Gaga (yes, I just put those two in the same sentence), plus melodies from the Legend of Zelda video game series, which is famous for the use of ocarinas in many of its installments.

Smule is based in San Franciso, California. The company was co-founded in 2008 by Stanford PhD student and entrepreneur Jeff Smith and Stanford assistant professor Dr. Ge Wang.

You can get a better idea of exactly how the app works by watching the video below, which shows Smule’s co-founder and Ocarina 2 designer Dr. Ge Wang playing the eerie theme from The X-Files.