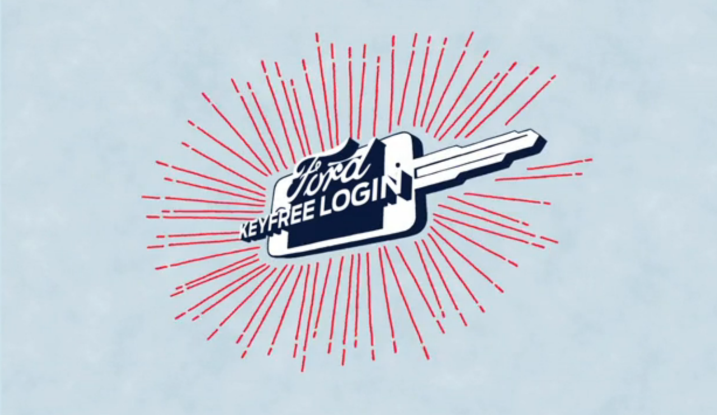 According to a promotional video created by French ad company Ogilvy Paris (spotted by Fast Co Design earlier today), Ford is working on a way for users to more easily log in to websites like Facebook and Twitter.

The functionality comes from KeyFree Login, an app that allows users to log in simply by placing their phones next to their computers. Working via Bluetooth, the extension detects when a paired device is nearby and automatically logs users in to their accounts.  You can get a better idea of how it works in the video below.

The app’s goal appears to be to promote the capabilities of Ford’s KeyFree technology, which allows car owners to unlock their vehicles just by walking towards them.

I’m not sure what’s more surprising — that this technology is coming from Ford, or that Google and Apple haven’t yet tried something similar. The reason for that may lie in security. After all, with the app, users are just one unattended phone away from having more than a few of their accounts compromised.

Either way, as nice as the app is, there are still a lot of unanswered questions about it. Is it a Google Chrome extension or a standalone OSX application? Why hasn’t it appeared on Ford’s France website or in the Google Chrome Store? Will it ever see the light of day outside of France?   We’ve contacted Ford to find out the answers to these questions and will update when the company responds.