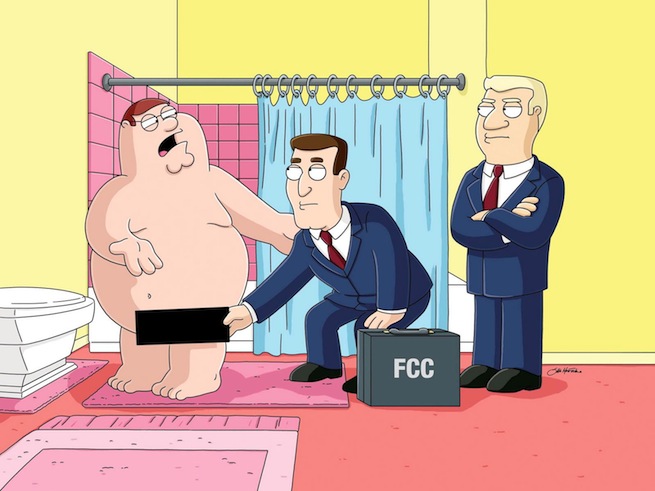 The high court ruled (PDF) that the FCC is now prohibited from imposing fines and sanctions of any sort for verbal obscenities and indecency. TV stations are slowly gaining the same types of freedoms currently enjoyed by Internet publications, which aren’t limited by what they can communicate.

Previously, any TV network that was broadcast over the public airwaves (free public television via an antenna) was required to adhere to a set of policies. Basically, broadcast stations — like ABC, CBS, NBC, Fox, PBS, and others — had to censor certain curse words within programming as well as any nudity. If any of these broadcast stations violated these policies, they got slapped with a huge fine from the FCC and subject to other setbacks.

To determine when a violation occurred, the FCC created a list of words you couldn’t say (and in what context), as well as what’s officially considered naked. ( I remember a Jimmy Kimmel segment from forever ago where he tested these limits by having attractive girls walk around with “3/4 cheek” short shorts.) Some cable programming followed the same policy due to the possibility of running in syndication on a broadcast station. This was an acceptable practice because theoretically anyone (even children) could gain access to a publicly broadcasted program, and initially there wasn’t an Internet to prove how unnecessary these kinds of regulations really are.

The Supreme Court’s decision didn’t, however, invalidate the FCC’s ability to set indecency rules — just its ability to enforce the rules through fines and sanctions. So, you still can’t say George Carlin’s Seven Dirty Words on television, but there is no penalty for breaking the rules now.

That said, I think broadcast content will stay relatively mild for now. But in the future, we might start seeing dead naked bodies on CSI for 30 seconds at a time, and uncensored versions of Home Alone during the Christmas season.