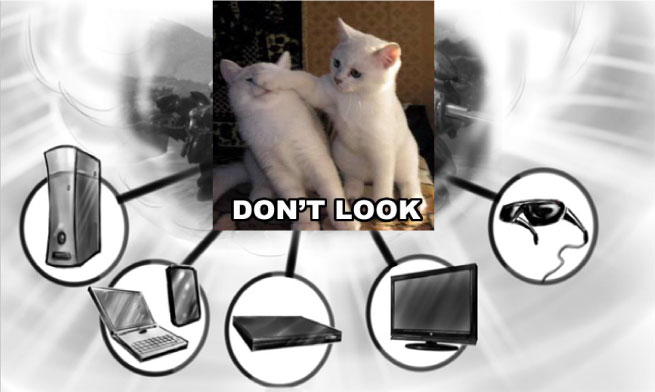 Someone should really explain to Microsoft’s legal team that trying to eliminate information once it’s been leaked online is more difficult than eliminating a cockroach infestation from a dilapidated frat house.

Try as you might, you’ll never manage to kill every lasts one of those frightening little beasts. I feel like gamers, tech journalists, and Julian Assange are sort of like cockroaches in regards to the recently leaked 56-page document detailing Microsoft’s Xbox 720 plans.

The Xbox 720 document first surfaced online earlier this week when someone uploaded it to doc-sharing service Scribd. The doc contained information about a $299 Xbox 720 next-generation game console with Kinect 2 for a holiday 2013 release, as well as details regarding a new Kinect Glasses product.

The document has since been removed from Scribd at the request of international law firm Covington & Burling LLP on behalf of Microsoft, as VentureBeat previously reported. But that isn’t the only web publisher/service Microsoft’s legion of legal firms are going after. Czech tech site Ihned.cz also received a take-down letter from a Microsoft legal firm, as did cloud storage service Dropbox. For now, Dropbox has blocked all its users from publicly sharing the document.

While I’m sure this will prove to be annoying for people who haven’t yet had a chance to examine the document, it seems futile to bother having it removed at this point. Countless news publications have already reported all the important bits and have probably written extensive analysis on how it could affect the gaming industry. The only semi-logical explanation for the continued take-down effort would be that Microsoft wants to get its money’s worth out of all the legal firms already getting paid under contract.

If you know of any other mass Xbox 720 doc removals we didn’t mention, feel free to list them in the comments section.