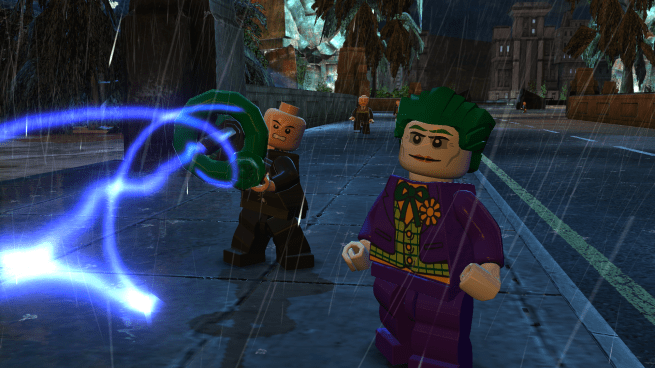 Lex Luthor (billionaire industrialist and Superman’s archnemesis) really hates Bruce Wayne, better known to comic-book fans as Batman. He dislikes him so much that he’s ready to team up with the Joker in an attempt to not only take down Batman but also brainwash all of Gotham City. When two criminal masterminds join together, it’ll take more than the Dark Knight to defeat them.

Lego Batman 2: DC Super Heroes calls on members of the Justice League to help stop Luthor and the Joker from taking over the United States…and probably the world soon after, if they’re successful. It’s the first Lego game to implement voice acting and introduce a giant, open world for players to explore.

It definitely feels like a test case for developer Traveler’s Tales upcoming sandbox title, Lego City: Undercover, but not always in a good way.

Abundant characters
Lego games are all about including multiple characters and abilities from familiar franchises like Star Wars and Harry Potter. The original Lego Batman had a limited roster, but the sequel embraces a sizable portion of DC Comics’ Justice League and adds tons of new items for them to interact with. 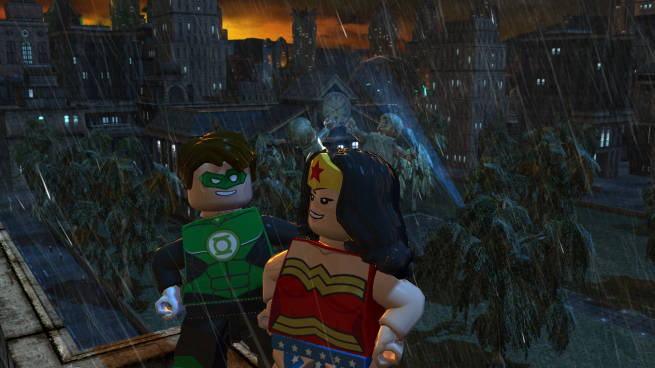 The Green Lantern, Wonder Woman, and Superman join Batman in his fight against Lex Luthor and the Joker, and each comes with unique gameplay mechanics suited to their superpowers. Several new villains from various DC books also show up in Gotham though they are not playable in the main story mode.

An actual story
Even though they feature well-known plots and characters, most Lego games really aren’t that deep. Previous titles tell their stories through cutscenes full of clearly labeled objectives and outrageous animations. Games like Lego Indiana Jones and Pirates of the Caribbean basically incorporate scenes and elements from their respective movies and rework them so players can take part in the action.

Voice acting completely revolutionizes how Traveler’s Tales tells a story. We know Lex Luthor really hates Bruce Wayne not because he glared at a picture of him but because he repeatedly tells us this right as Batman foils another of his carefully laid plans.

Being able to hear and watch characters interact is half of the fun in Lego Batman 2. The writers strike a near-perfect balance between Batman and Superman. While both heroes are traditionally polite to each other, they don’t really get along. Superman is perpetually chipper while Batman quietly keeps a stash of Kyroptonite in the Batcave just in case the Man of Steel decides to go all evil someday.

This dynamic is well defined in DC comics, and it’s great to see it brought out in a more general-audience game.

All the loot
It feels like you’ll almost never run out of things to do in Lego Batman 2. It’s possible to finish the story mode without even approaching 30 percent completion.

That’s because the real fun in a Lego game is searching for new characters, finding hidden items, and gathering all the studs (money) you can. Collecting everything means scouring every major landmark in Gotham for villains, gold block kiosks, and purchasable vehicles. 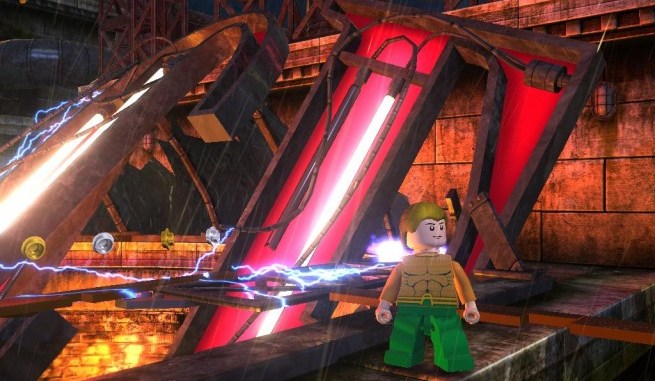 Once you finish the story mode, this task gets a lot easier. Just like the missions, several locations in Gotham require you to use certain characters or Batsuits to explore. This is difficult until you unlock the Gotham freeplay mode, which lets you cycle through characters with ease.

Before this, you’re stuck with whatever group you need to finish your next objective, rather than the characters you want to use. While constrained exploration at the game’s start might seem frustrating, it actually adds a new dimension to the game once you’ve finished the story.

Numerous glitches
Almost every game these days suffers from the occasional bug , but Lego Batman 2 is  consistent with its errors. Narrow ledges, sloped surfaces, and long drops pose perpetual problems for the Caped Crusader and often cause him to hang in midair until you select the other character in play.

Gotham City has very jagged geometry, and the poor little Lego heroes are desperately trying to cling to it. It’s easy to get hung up on debris and craggy ledges no matter how careful you are, and sometimes the computer-controlled characters get caught in perpetual death loops until you hop in and save them. These problems are present in the original Lego Batman, and it’s sad to see them return. 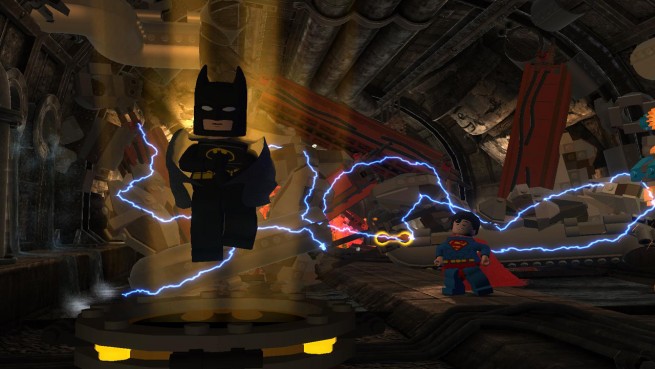 Unfortunately, Lego Batman’s woes don’t end here. Occasionally, the entire game seizes directly before or after a cutscene, often in the same place regardless of what you did before the event activated.

In one particularly frustrating moment while playing the Xbox 360 version, the game froze a total of 11 times at the end of a cutscene that was also the end of a level. A random autosave kicked in just before this happened, meaning I could keep retrying the event or start over. Just as desperation kicked in, the game pushed past the glitch and carried on.

Dynamic splitscreen
Previous Lego titles introduced a co-op setting in which the screen changes perspective depending on where players are in the environment. If you move too far apart from the other character, a dividing line appears, giving you a separate view from your partner. This makes sense if you’re looking for loot or activating switches, but sometimes the function is a little overzealous.

Unlike other games, you have absolutely no control over how the dynamic splitscreen behaves in Lego Batman 2, which means it will often send the dividing line spinning out of control when players step away from each other. 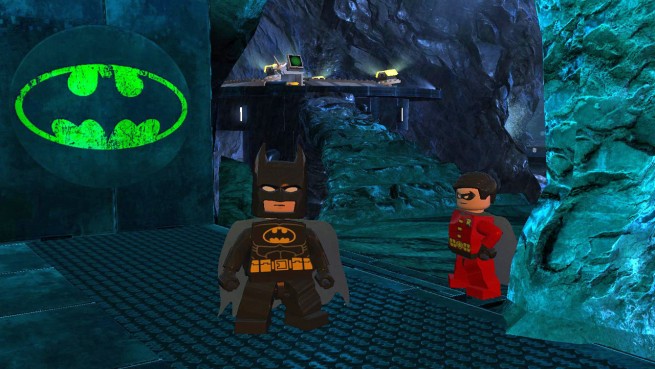 This would be fine if the screen just cut down the middle, but the line often stretches diagonally and rotates as characters move around. Move fast enough and it’s easy to give yourself a headache. People suffering from occasional motion sickness might want to avoid co-op entirely.

It seems absurd that Traveler’s Tales would completely ax what little control players had over this function, but they did.

Lego Batman 2 is a departure from the original and a hopeful glimpse at what Traveler’s Tales wants to do with the franchise. If you can stick with it through the rough patches, a funny and engaging adventure awaits.

Being able to play so many iconic DC heroes and villains is a refreshing change of pace and offers fans of more obscure characters a chance to see them in action. Hopefully, the developers will release new friends and foes as downloadable content. It would be nice to see Justice League Dark fighting along with the more traditional characters.