There are rumors afloat that Microsoft’s massive re-emergence into the tablet market might be an expensive one. Digitimes is reporting from Taiwan that the cheaper Surface RT will be priced at or above $599, and the Pro could start at $799.

It really would be poetic justice if the Windows-based post-PC solution was more expensive than the iPad. One of the arguments for years in favor of Wintel-flavored PCs has been cost — less of it, that is. 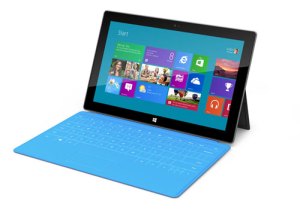 It would not be shocking if the Microsoft Surface tablets were more expensive than iPads. The machines, arguably, offer more. In addition, at least for the Pro version, Microsoft can very successfully argue that the device is at once a full PC and a tablet … and therefore worth more.

However, coming in significantly above the iPad price points would be close to a death knell for the products. Or, at a minimum very, very risky. Microsoft needs scale, and it needs a market success, both of which a higher price point would endanger.

The sad fact for the former Wintel alliance is that no-one can be cheaper than Apple in the post-PC world, simply because no-one has the scale that Apple has. When you pump out perhaps 56 million devices in a calendar year, you’ve got some pretty significant economies of scale.

No-one else can approach that level of manufacturing insanity.

Samsung can approach Apple’s pricing because it makes and sells its own devices (or, at least, divisions within Samsung do) and can accept a lower profit margin. Amazon is also able to price very aggressively, since it is used to razor-thin margins, and can make up losses in hardware with gains in content sales.

Microsoft doesn’t really have either of those options: It owns no manufacturing capacity and has no app-and-content store with massive revenue (at least not yet). Surface RT will provide app revenue, but Surface Pro probably will not: It’s a PC, and PC software is available anywhere, anyhow. 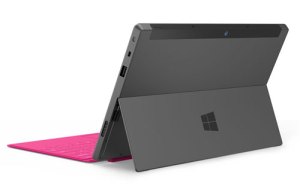 It’s possible Microsoft will push Surface out at a lower price as a loss leader. That strategy worked for Xbox, after all.

That strategy may not apply here for two reasons, though. One, Xbox had a strong aftermarket revenue model … Microsoft’s portion of games sales. And two, the overall cost of Xbox was/is much lower. A device that retails for $200-300 can be discounted while keeping the company’s losses to an acceptable $50-150 or so. But Surface, if it retails for $400-600, could take a proportionally-similar but raw-figures larger Microsoft contribution … which would be a significant drag on profitability.

We will have to wait and see what the pricing will be. And one Microsoft strategy I would not at all discount would be leaking rumours of high prices now in order to make consumers feel better about reasonable-if-not-cheap pricing revealed later.

After all, didn’t the same thing happen with iPad?