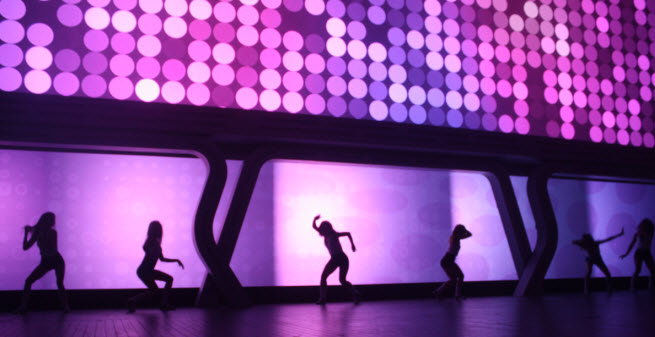 The Electronic Entertainment Expo (E3) video game trade show in Los Angeles was full of glitzy press conferences (like Ubisoft’s, pictured above). So many big companies were acting like it was business as usual. They showed games that were the third or fourth in the series on the same generation of game consoles. One very well-known game developer came up to me and said, “I wonder if any of this is going to matter. There is so much change happening in the industry that is going to make this all irrelevant.” 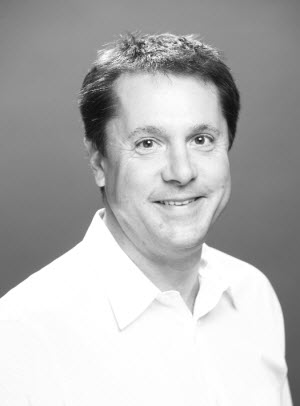 That sentiment seemed like a familiar takeaway from the show. I caught up with Mitch Lasky (pictured right), general partner at Benchmark Capital, at a recent dinner of his portfolio of game companies. The people around the table were the nimble startups that are more likely to trigger interesting changes and survive the zombie apocalypse for games — companies such as Gaikai, Meteor Entertainment, NaturalMotion Games, Thatgamecompany, and Gaia Online.

“We have seen disruptions come on a regular basis, like when we have a console transition,” Lasky said. “But I have never seen four major disruptions come all at the same time. We have disruptions in platforms, business models, content, and distribution. It’s the most exciting time I’ve ever seen.”

I couldn’t agree more, but I’m impatient for it to happen faster. Apple and Samsung’s disruption of TV-based gaming  seems to be happening in slow motion. Still, it seems inevitable that free-to-play games (where you play for free and then pay real money for virtual goods in a game) will hit the $60 console game like a comet hitting the earth and wiping out the dinosaurs.

“There’s a myth that free-to-play is cheaper than a $60 game,” Lasky said. “It’s just elastic. For some users, it winds up being a lot more expensive. I would have paid $150 a year to get a better version of FIFA.”

One of the mistakes the big companies are making is that they’re implementing micro-transactions, but they’re still charging $60 for the initial game. In other words, they’re trying to milk gamers for all they are worth. Imagine if you had that kind of experience at Disneyland?

“Free to play isn’t a business model,” Lasky said. “Free-to-play is a marketing strategy. It’s a way to get people over the hump of trying out your game. It gets rid of the friction that happens when you charge an upfront fee.”

One of Benchmark’s portfolio companies, Riot Games, learned that well and has had 42 million people download its League of Legends game.

The conversation at the dinner turned to zombies, survivalism, and gladiatorial games like The Hunger Games. There are so many zombie games now, and the shooter games that we see are becoming more and more brutal. We live relatively safe lives now, observed Jenova Chen, co-founder of Thatgamecompany, which raised $5.5 million from Benchmark.

“What if that all disappeared?” Chen asked.

Chen’s games — flOw, Flower and Journey — don’t have any violence in them. But someone asked, “Does this mean we’re going to have weapons in Journey 2?” That made everyone laugh, since Journey is such a unique experience and is the last game where you’d expect to see a weapon. Chen joked, “We did have rocket launchers in our prototype.”

Chen noted that his team started with its design around music and then built the game around it. He said he believes games as a medium are above cinema. Cinema combines a number of arts. But games are interactive. Chen says that if you’re going for evoking feelings in a game, it’s good to start with sound. Mark Long, chief executive of Meteor Entertainment, said that if you blindfold someone, you can absolutely use sound to make them think they’ve been transported to another world.

That’s one of the challenges of the mobile environment for games, Lasky said. With console games, the user is in the living room and can make all the noise they want. But with mobile games, they may be standing in line. Much of the time, they will be playing a game with the audio turned off unless they’re wearing head phones.

“It has to be flexible enough to be fun with no sound,” Lasky said.

Such chatter is fitting at a Benchmark dinner because Lasky believes that publishing is being transformed. The role of traditional publishers is becoming less obvious, Lasky said. Giving money to people who have ideas makes more sense. You don’t invest in a platform company that is trying to change gaming. You are better off investing in people who are creating the games that are transformative, Lasky said.

“The contest is also the market,” he said. “If your content is good enough, then that creates a pull for your games, rather than a push.”

Lasky said he believes its “impossible” for the big three console makers to respond to all of the changes, such as social gaming. They can try to adapt to the times. But they move too slowly. Kids have already changed their habits. They want instant gratification.

“My kids download 10 games,” he said. “They play them all for two minutes. They throw away the eight they don’t like. Then they play those last two obsessively for a month. That’s alien to those of us who buy a $60 game and play it for 40 or 50 hours. The discovery mechanism is completely social, and I don’t think you get that genie back in the bottle.”

Instant gratification is what Gaikai, another Benchmark company, is about. The cloud-gaming company can enable gamers to play high-end games on just about any screen, without the need for downloads. Gaikai struck a deal with Samsung to provide it with cloud gaming services.

Big game companies also don’t make much use of analytics. Torsten Reil, chief executive of NaturalMotion, said his company tested its iPhone game icon with huge numbers of consumers. Hi team tried 50 different icons before they found one that performed the best. That kind of testing, feedback, and alteration is critical to improving a game and getting new users.

“I remember back in the 90s when the consumer goods people came in with their focus groups,” Lasky said. “Game designers didn’t like it. Now the analytics movement gives you instant feedback.”

“That data sets you free and ends all the arguments about the best design,” said David Perry, CEO of Gaikai.

The tough thing about the analytics is that you can’t see the player and how that player feels. You almost wish you had a webcam to see someone’s face as he or she played a game.

“That part is very important for games,” Chen said.