Big data often means big complexity. But CloudMine, the backend-as-a-service infrastructure for apps, just launched this weekend to take the pain out of data management for app developers. 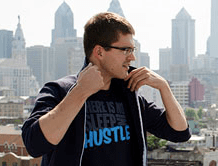 CloudMine started out as a business-to-business big data service, but quickly pivoted into a instant, managed backend for app developers. The goal: enable app developers to focus on the front end of their applications … the user interface features that users actually touch, rather than the infrastructure and data management that enables them.

“Any time you build an app there’s all this scaffolding that needs to go up: infrastructure, account management, data security and other basic services just so an app can run,” says McCorkle. “We build that scaffolding so you don’t have to.”

For example, a local business-finding app might need geolocation support, user registration, some definition of public and private data, and more. CloudMine enables all the backend components of this through a single API … which has the potential to significantly simplify development and shorten build time.

“Essentially, we can abstract away the backend. We can abstract away EC2,” McCorkle said, referring to Amazon’s Elastic Compute Cloud, a common cloud computing service for developers. “That enables you as an app developer to focus on your core competency and do your thing.”

For almost all apps, he argues, the server side infrastructure is not what makes a developer’s app unique. Connection to the cloud for data and computing are essential, in fact business critical, but they are not what the user sees. They are the underlying components that support the app, and CloudMine’s goal is to provide them quickly and easily. 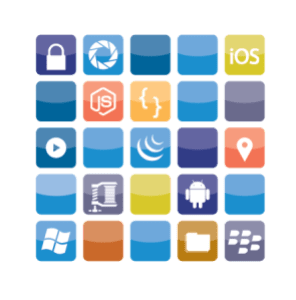 In addition, the company promises benefits that extend beyond simplification and cost savings.

Because CloudMine abstracts the backend, app makers are able to host their data on multiple Amazon availability zones without any additional work, significantly improving the chances of their service staying up even if a part of Amazon’s cloud goes down. In fact, McCorkle told VentureBeat, this could even extend to mirroring on multiple clouds from additional providers such as Rackspace, further increasing reliability with zero additional developer overhead.

The company is seeing some traction in two very different spaces: enterprise and startups.

CloudMine has two Fortune 500 customers who are currently using the company’s backend to expose legacy data to mobile applications. And startup clients are using the backend infrastructure to rapidly prototype and deploy sophisticated mobile apps.

CloudMine began its young life at Startup Weekend Philly just nine months ago, and is currently running more than 1500 apps on the platform. Pricing is simple: $.05 per active user per month, or custom pricing for large data consumers.

The company received $20,000 in seed investment, and a $100k investment from Ben Franklin Technology Partners of Southeastern Pennsylvania. CloudMine is based in Philadelphia.