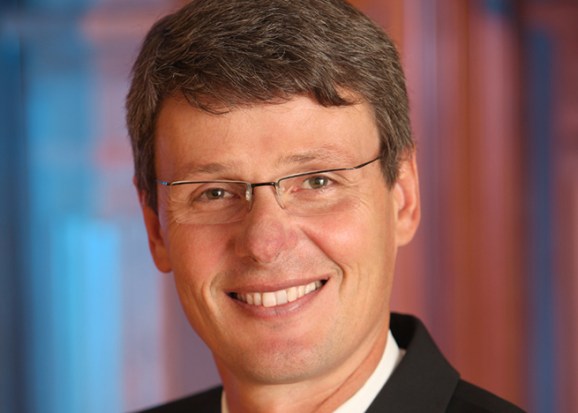 Troubled BlackBerry-maker Research in Motion could sell off its handset business to “potential buyers” Facebook and Amazon and focus on messaging services, according to a report from The Sunday Times.

Still relatively new RIM CEO Thorsten Heins (pictured) previously admitted that the company was in need of “substantial change”, and about a month ago, the company hired the Royal Bank of Canada and J.P. Morgan to give the company a “strategic review.” In that review, one of the options on the table is apparently splitting the BlackBerry handset business and its messaging/enterprise business into two entities.

The Sunday Times, which does not name any sources in its report, says that Facebook and Amazon are potential buyers for the handset business. Facebook makes more sense than Amazon because the company already has its sights set on building a “Facebook phone.” RIM already has the infrastructure set up to build large quantities of phones, so it could be a smart investment. If the company can’t find a buyer or is dead-set against splitting the company, the Times reports, it could also sell part of its stake to another tech giant like Microsoft.

If it does indeed sell off the handset business, RIM would shift all of its focus onto services and messaging. The company’s BlackBerry Messenger (BBM) and BlackBerry Internet Service (BIS), in this case, would be further developed and licensed out to other companies.

RIM’s plan will reportedly be revealed before the end of the summer. However, with the its stock price sinking quickly, it may want to hurry up and make an announcement sooner rather than later.