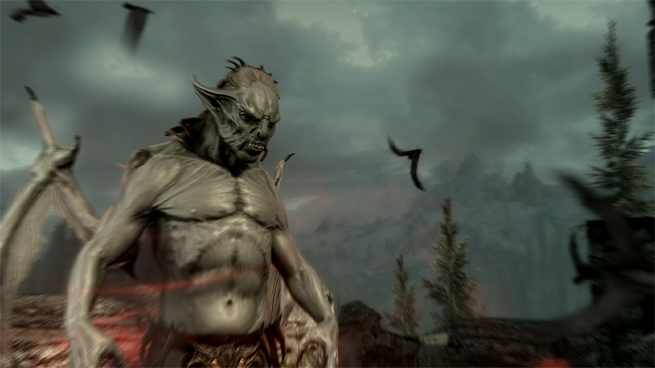 The wait for new content in the fantasy world of Tamriel is almost over…at least on the Xbox 360. Developer Bethesda Softworks has confirmed that the Dawnguard expansion to its sprawling open-world role-playing game The Elder Scrolls V: Skyrim will hit Microsoft’s Xbox Live service on June 26 in North America. The PC and PlayStation 3 versions still have no release date.

Meanwhile, in French, Italian, German, and Spanish-speaking territories, the 1.6 update to the core Skyrim game (featuring Kinect support and mounted combat) will begin rolling out today, June 25. The Dawnguard downloadable content will hit those same countries sometime in mid-July.

We’re big fans of Skyrim, and we’re looking forward to diving into this add-on pack to see if it lives up to the original game. Dawnguard will feature a completely original quest line filled with vampires and probably the murdering of these undead beasts as well. We’ve already seen in the trailer that Bethesda is giving players — and this may be a spoiler — new vampiric powers such as the ability to transform into a large bat monster.

Dawnguard will be available for download starting June 26 for 1600 Microsoft points ($20).