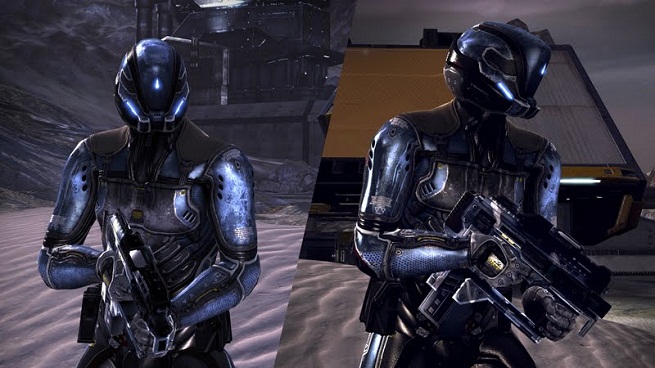 UPDATE: CCP informed GamesBeat the Mercenary Pack no longer features head-start access for purchasers. The remaining features listed below, including admittance to all public and exclusive beta events, are unchanged.

Entitled the Mercenary Pack, the grab bag of gear has weapons, armor, and temporary boosts to skill-point gain and melee damage. It also carries a starter purse of Aurum, the currency used for purchases within Dust’s in-game store. The pack costs $20 and releases June 26 on the PlayStation Network, which is two days ahead of Dust’s first planned open beta weekend event on June 28.

Here’s a full list of what you’ll get should you plunk down the cash:

Additionally, buyers receive access to all of Dust’s beta weekend events and exclusive beta playtime during weekends between events. Lastly, any Aurum spent during the beta automatically refunds to the player’s wallet before launch. Now, if only real wallets did that!

In an interview with GamesBeat, CCP chief marketing officer David Reid said the deal represents “something recognizable for anyone familiar with high-profile MMO launches throughout the years, and something we’re really excited to bring onto the PS3 for the first time.”

Reid also said over 100,000 registrants have signed up so far for the game’s upcoming beta weekends through the official website.

Dust 514 is the first free-to-play first-person shooter for any console. It ties directly into CCP’s massively multiplayer PC game Eve Online, where players pilot ships and conduct trade within intricate, player-driven economies. CCP’s goal is a gradual cross-platform melding between MMO and FPS players through Dust and Eve, as Eve pilots can contract Dust mercenaries to take control of resource-rich planets for financial gain.

Dust 514 doesn’t have a launch date yet, but the first open beta event occurs on June 28 for PS3 owners.