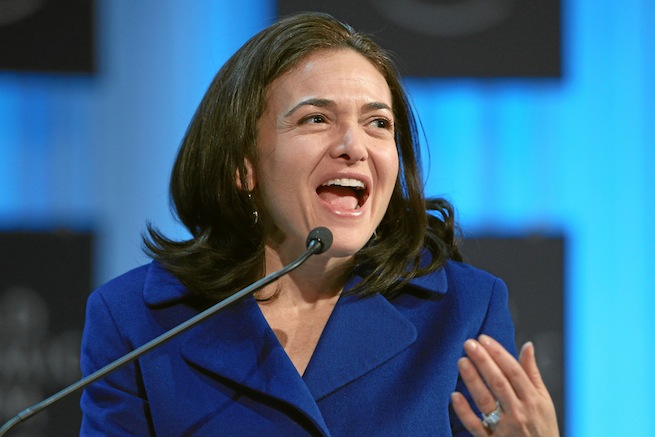 Facebook has named chief operating officer Sheryl Sandberg as its newest board member, settling recent criticisms that the public company doesn’t have a woman on its board.

Sandberg’s appointment to the board of directors has been a long time coming. She is one of the more familiar faces surrounding the social network and helped bring the company public. She joins Facebook’s chief executive and founder Mark Zuckerberg on the board, along with Silicon Valley heavy-weights Marc Andreessen, Peter Thiel, Reed Hastings, and James Breyer, as well as Erskine Bowles, president emeritus of the University of North Carolina, and Donald Graham, CEO of The Washington Post Company.

“Sheryl has been my partner in running Facebook and has been central to our growth and success over the years,” said Zuckerberg in a statement. “Her understanding of our mission and long-term opportunity, and her experience both at Facebook and on public company boards makes her a natural fit for our board.”

Facebook recently came under fire for not having a woman on its board. Women’s rights group Ultraviolet campaigned against Facebook, demanding that it appoint a female board member prior to going public. At the time, Facebook had a 7-person board of all men. Sandberg’s work for Facebook speaks for itself, and thus she was an obvious appointee, but the social network IPO-ed without acquiescing.

Zuckerberg snatched Sandberg away from Google in 2008, where she was the vice president of Global Online Sales and Operations. Like Zuckerberg, she was also a student at Harvard. Other than Facebook, Sandberg serves on The Walt Disney Company’s board and two others.