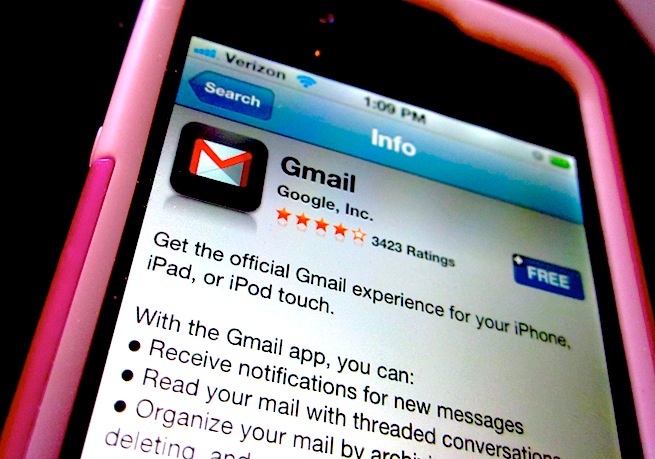 Google updated its iOS application for Gmail today, which has been widely criticized for not having as much functionality as its Web and Android counterparts.

The update now allows you to e-mail using the “send as” feature and provides new options for notifications. New e-mail can now be pushed to you as banner messages or as the bar the rolls down from the top of your screen in iOS 5, as well as regular alerts and notifications pushed to your screen when its locked.

Lastly, the app now supports persistent login. Prior to this update, users were often logged out of their Gmail accounts and were prompted to re-enter their login credentials when accessing the app. Now, the app remembers you the first time you login, eliminating the extra step.

Gmail for iOS was last updated in December, and that included a new notification sound for incoming e-mail, a vacation responder, and custom signatures. It also added a drawing feature called Scribbles, which allows you to draw an image with your fingertip and attach it to an e-mail. Google first released the app in November, but it had to be removed from the app store due to login issues. After returning, it remained a disappointment, prompting former VentureBeat editor Heather Kelly to call it a “slightly tricked-out version of Gmail’s mobile web app.”

This round of updates does improve the app, but it’s still missing key features, such as the capability to manage multiple accounts. The Android version of Gmail has had this function for awhile. It’s obvious why Google would skimp on developing for iOS, but it may be alienating many customers who are loyal to the e-mail service but still prefer an iPhone.

via The Next Web; Image via Meghan Kelly/VentureBeat