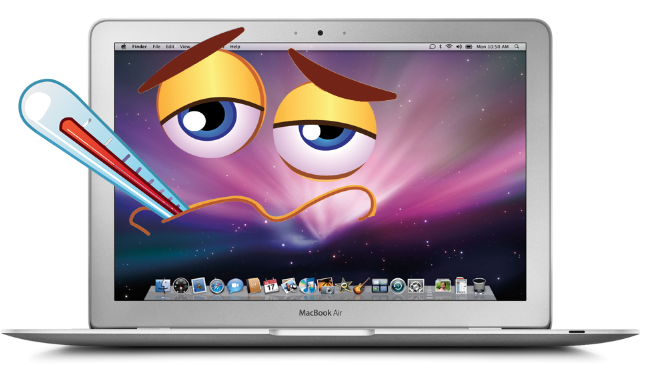 “Macs don’t get viruses.” You’ve heard it a lot, and while it’s never been true, Apple hasn’t gone out of its way to clear the air on the matter.

But that time seems to be coming. Apple has removed text from its website that implied its computers are immune to viruses, ComputerWorld-Australia says, citing a report from security research firm Sophos.

“A Mac isn’t susceptible to the thousands of viruses plaguing Windows-based computers,” Apple’s “Why you’ll love a Mac” page used to read.

Now that reference is gone, along with text that said “Safeguard your data. By doing nothing”, which has been replaced by “Safety. Built in.” You can find a comparison shot of the two versions below.

It’s not clear when Apple made the change, or what exactly caused it, but there’s one likely culprit: Flashback, the Trojan that plagued OSX earlier this year.

More than anything, Flashback alerted OSX users to the reality that their OS is as open to threats as any other.

While a minor change, the removal of the text marks a significant shift. Apple is clearly moving away, however slightly, from giving consumers the impression that they don’t have to take responsibility for their own computer safety.

Not that Apple isn’t helping its customers along. With an OSX Lion feature called Gatekeeper, Apple will allow OSX users to severely limit what software can be installed on their computers. This will make their computer experience far safer — at least in theory.

We’ve reached out Apple for comment on the recent changes and will update this story when the company responds. 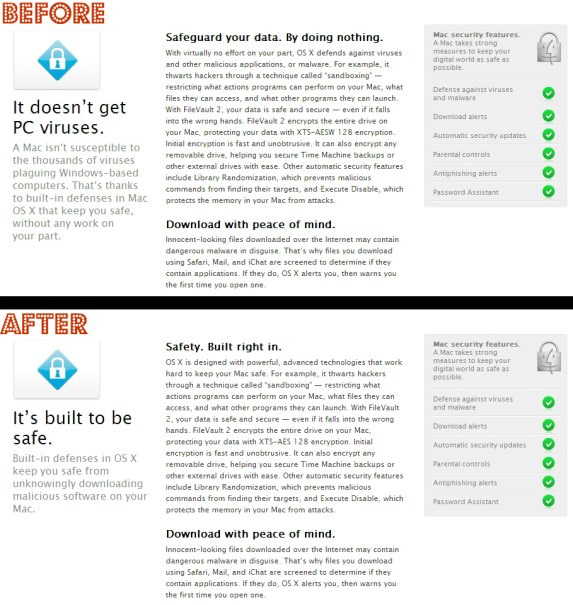