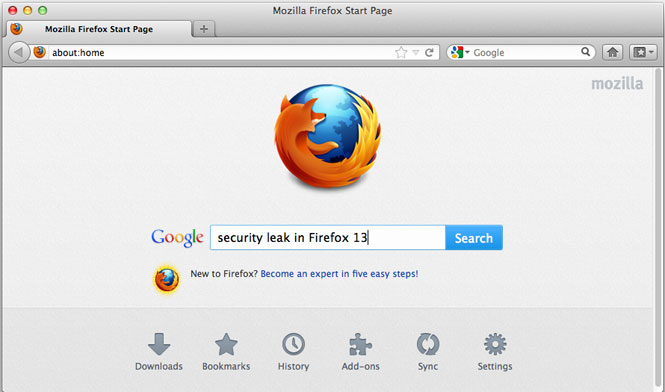 The latest update to web browser Firefox may have an unlucky number, but it certainly has an unlucky feature: a privacy slip that could allow anyone using your computer to view private, encrypted pages that you previously visited.

The problem is in a new feature that adds thumbnails of recently visited, favorite, or pinned websites on new browser tabs. Mozilla, the organization that makes the Firefox browser, says the feature is intended to increase ease-of use: “When you create a new tab, Firefox shows your top sites to make getting where you want to go easier than ever.” 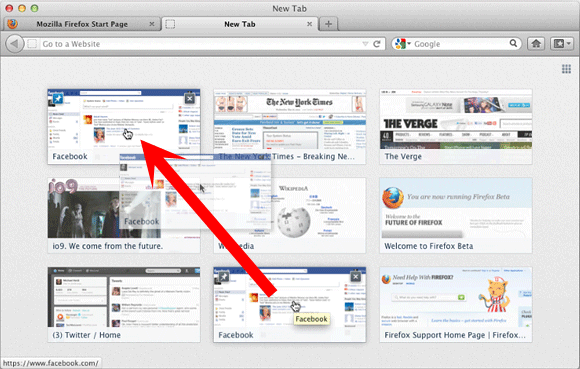 To enable the new feature, however, Mozilla built the ability into the browser to take regular screenshots. Unfortunately, it doesn’t stop taking screenshots when the browser is on a secure, encrypted connection, meaning that users who access banking information or other private sites run the risk of that data becoming public knowledge when friends or family members use their computers.

The problem was discovered by a reader of The Register who opened a new tab to be greeted by his banking balances and account numbers.

Mozilla has acknowledged the issue in a statement provided to The Register, saying, in part:

We are aware of the concern and have a fix that will be released in a future version of Firefox. Mozilla remains resolute in its commitment to privacy and user control. The new tab thumbnail feature within Firefox does not  transmit nor store personal information outside the user’s direct control.

That’s an important point to remember: the screenshots are on users’ own PCs, and therefore not terribly likely to be out of their direct control.

Mozilla also gave the following guidelines for users of public or shared computers:

Mozilla hasn’t yet said when a fix will be available.