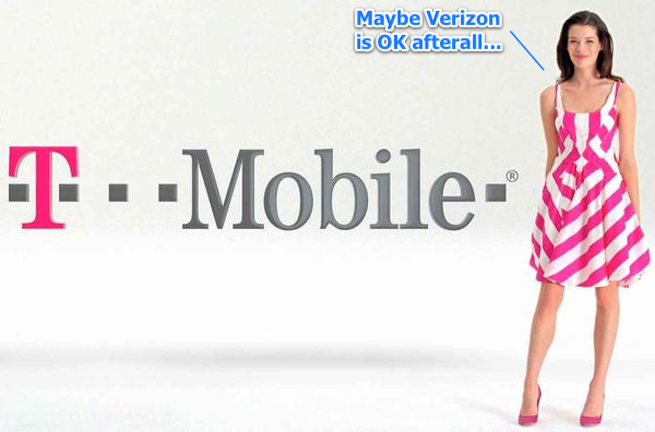 Verizon is currently trying to convince the Federal Communications Commission to approve a deal that would allow the carrier to purchase a section of spectrum currently owned by big cable companies — a move that many smaller carriers, including T-Mobile, claimed would stifle competition.

Now, it seems that T-Mobile has changed its tune.

The two carriers have reached a deal to transfer some of that spectrum if it passes approval by federal regulators, Verizon announced today. T-Mobile is said to be getting the better part of the deal, trading off portions of its spectrum in exchange for Verizon’s as well as purchasing additional spectrum, according to AllThingsD.

T-Mobile said the deal between itself and Verizon will strengthen its forthcoming high-speed LTE network and boost its position in 15 of the top U.S. markets, including Philadelphia, Washington D.C., Detroit, Minneapolis, Seattle, Cleveland, Columbus, Milwaukee, and Rochester, N.Y.

Verizon previously agreed to pay cable companies (Comcast, Time Warner Cable Inc., Bright House Networks, and Cox Communications) $3.6 billion to license a portion of wireless spectrum currently not in use. Cable companies also agreed to cross-market Verizon’s home phone, Internet, and cell-phone services to its customers. T-Mobile previously argued that, if the deal was approved, it would give Verizon an “excessive concentration” of spectrum; and that sentiment was echoed by fifth largest U.S. wireless carrier MetroPCS and 10 special interest groups.

T-Mobile said the new Verizon deal will help strengthen the LTE service that it hopes to begin offering next year. It said the deal will boost its position in 15 of the top 25 U.S. markets, including such cities as Philadelphia, Washington D.C., Detroit, Minneapolis, Seattle, Cleveland, Columbus, Milwaukee, and Rochester, N.Y.

“This is good for T-Mobile and good for consumers, because it will enable T-Mobile to compete even more vigorously with other wireless carriers,” said  T-Mobile CEO Philipp Humm in a statement. “We anticipate FCC approval later this summer, in time for us to incorporate this new spectrum into our network modernization and the rollout of LTE services next year.”

Additionally, Verizon said it will sell off portions of its 700MHz band if all goes according to plan. That may help take some heat off of Verizon from the smaller carriers, but it may not be enough to convince the FCC to approve to deal.