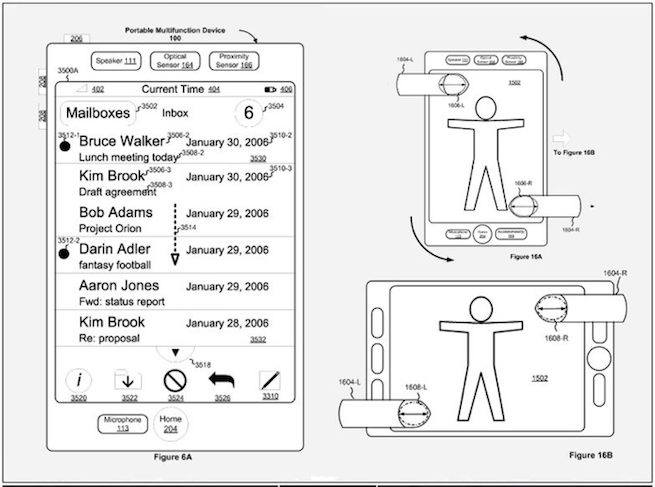 Apple won a surprising patent today for a finger swipe motion that seems second nature to smartphone users. The company, which is embroiled in a number of patent lawsuits, is seemingly only adding fire to its arsenal.

The patent encompasses the detection of an object on the screen that controls the scrolling of a list on the phone. Yes, the swiping motion your finger uses to reveal more e-mails is now Apple’s. It also describes the experience of reaching the end of the list and seeing the “an area beyond the terminus,” or what looks to be the back of the screen. This was originally filed in 2008. Another patent details the “pinch and zoom” motion, as well as using your finger to move the image so you can see it in detail. As Cnet notes, it’s pretty impressive that such an intuitive motion is now a part of Apple’s patent portfolio. And undoubtedly we will see this used against others in patent litigation.

But it seems patent lawsuits are being more heavily scrutinized as the battle for IP heats up between companies such as Apple, Samsung, Motorola, and others. A case with the potential to become a pivotal moment for the Apple/Google patent relationship was recently thrown out by Judge Richard Posner. Judge Posner explained that neither side was able to prove that one smartphone was more financially deserving of damages than the other in a patent war that pitted the iPhone against the Android (who saw that coming). It seemed that Judge Posner came away from the trial with the opinion that the patent system is broken, but you can expect to see these two companies, and a slew of others continue to battle it out. 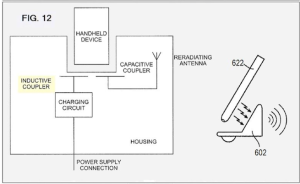 Apple also won a patent that could bring about new chargers for the iPhone. The system allows the iPhone, or potentially the iPad, to be charged via an “inductive charging dock.” This means the device only needs to sit on the charger, not be plugged in. But don’t think this will get rid of the built-in ports, however. You’ll still need to be able to connect to a computer for operating system updates and other functions.