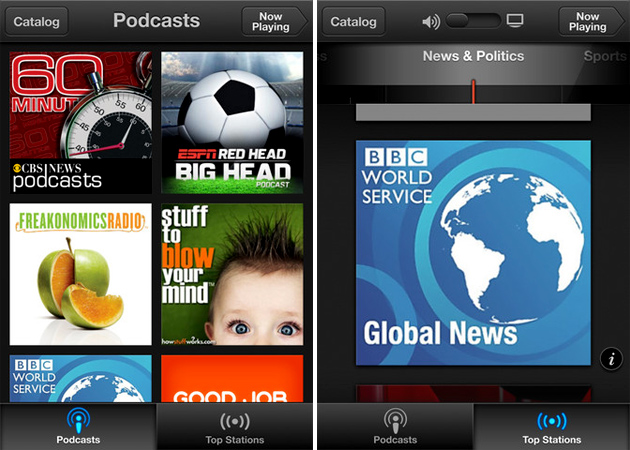 Apple has added a full-fledged application for podcasts to the iOS App Store to make it easier for people to find and organize content from podcasters around the world.

As we described previously, podcasts are prerecorded audio (sometimes video) programs that you can listen and watch across various devices while online or offline. The format became successful on Apple’s watch because the company created a dedicated section of the iTunes Store for podcasts. In the latest versions of iOS, users have been able to access podcasts through the “More” tab on the Music app. But now with a stand-alone app, listening to and finding new podcasts becomes much easier.

It’s entirely possible that Apple will remove podcasts from the Music app. The new app will also likely hurt already existing apps that organize podcasts such as Downcast, Instacast, and Podcaster 5.

The Podcasts app’s full set of features can be viewed here:

• Enjoy all of your audio and video podcasts in a single app.
• Explore hundreds of thousands of podcasts including shows in over 40 languages.
• Try the innovative new Top Stations feature to find new podcast series in a variety of topics, including arts, business, comedy, music, news, sports, and more.
• Browse by Audio or Video podcasts, or see what’s most popular in Top Charts.
• Tap subscribe for your favorites and automatically receive new episodes for free as they become available.
• Stream episodes or download to listen while offline.
• Skip forward and back using simple playback controls.
• Turn on Sleep Timer to automatically stop playing a podcast while listening in bed.
• Share your favorite episodes with friends using Twitter, Messages and Mail.
• Optionally sync your favorite episodes from iTunes on your Mac or PC.
• Sync your episode playback for seamless transition between devices.

Take a look at the gallery below for more looks at the app for the iPad and iPhone: