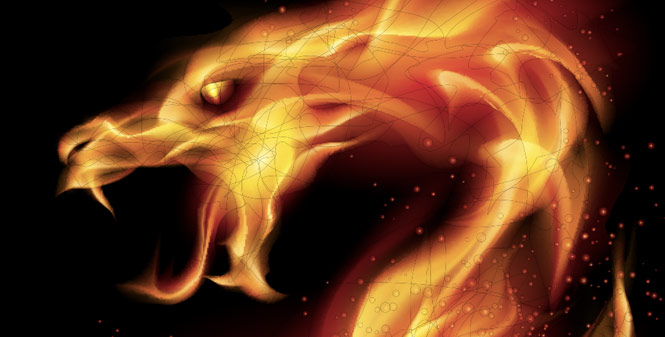 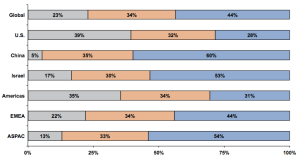 Above: Blue: percent of execs who say tech innovation will move away from Silicon Valley

Those are among the results of KPMG’s Global Tech Innovation Survey 2012. The audit and advisory firm asked 668 business execs about the future of disruptive technologies and about where the next epicenter of innovation will be.

VentureBeat talked to Gary Matuszak, global chairman for IT at KPMG, about the results.

And when the CEOs and directors were asked “which region showed the most promise for disruptive breakthroughs,” only 39 percent of American execs picked the home team, while 71 percent of Chinese leaders said China was the future.

In a statement, Egidio Zarrella of KPMG China said, “These survey findings also demonstrate that China’s innovation investment has fostered an environment for the development of disruptive technologies that is growing by leaps and bounds.” According to the KPMG report, the Chinese government is fueling intensive investments in cloud computing, mobile payments, and outsourcing services as part of China’s twelfth Five-Year Plan.

But while the press release announcing the study was titled “China projected to be on par with U.S. as a future tech innovation leader,” Matuszak wasn’t certain that replacing Silicon Valley was going to be an easy process:

“A number of places in the U.S. have tried to replicate the Valley and failed. You could imagine people in places like Israel and China not understanding it either. But, they see themselves as making gigantic strides and believe they should be able to replicate Silicon Valley’s success.” 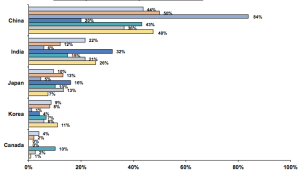 Above: Where global execs thing the world’s center of tech innovation is going (among those who think it is moving away from Silicon Valley)

I talked to Robert Scoble, startup liaison officer at Rackspace and social media guru, about Silicon Valley and whether it is replicable elsewhere.

Scoble recently talked to the founders of Atlassian, the software development toolkit company. They moved to Silicon Valley from Australia for four reasons:

“First of all is money … you can’t get funded to do risky weird shit in very many places. Secondly, it’s PR … most of it is here, for example at Google I/O tomorrow. Third, it’s talent — the guy who built a 20,000 node server farm for eBay, he lives here. You can’t get that anywhere else.”

“Just on Sunday walking on the beach I ran into the guy who runs the welding team at Tesla … he lives here, not anywhere else. It happens every single day, and you just don’t have this anywhere else.”

Which made me wonder why American executives seemed so down on the Valley. A question I asked KPMG’s Gary Matuszak was whether American execs who are not in the Valley or intimately connected to the Valley really understand how it works. He replied that he wasn’t certain anyone knew why it really worked, and there’s some truth in that.

“What China does have going for it is a huge population of internet users,” said Matuszak. “It’s a huge home market,” which the country’s entrepreneurs can exploit without too much outside interference, thanks to the great firewall of China, by which American companies such as Facebook cannot do business in China.

Whether that is enough to help China become a global technology superpower is unclear. Certainly Scoble thinks it’s not that easy.

“Look at this the other way,” said Scoble. “In Pittsburgh, Carnegie Mellon kicks out so many good geeks every year. They pretty much built the Google self-driving car. But no geeks stay there. There’s no culture, no ecosystem. And no weather!”