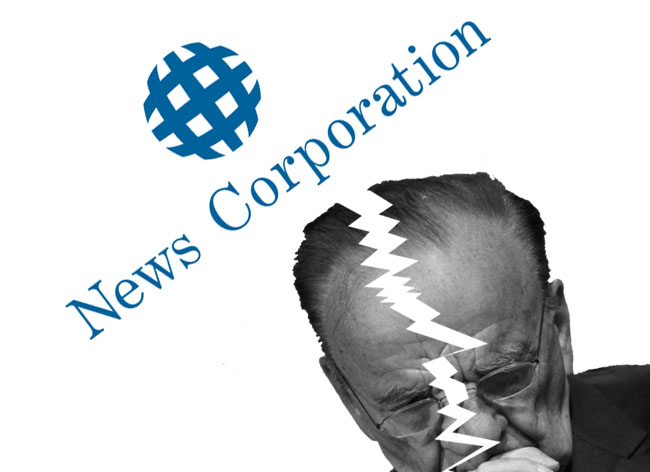 News Corp’s entertainment business is surging. Its newspaper sector — not so much.

This is likely why News Corp. chief Rupert Murdoch is considering splitting the company’s publishing and entertainment divisions, the Wall Street Journal reports.

With the split, News Corp.’s film and television businesses would together become an entirely different company from its book publishing, education, and newspaper businesses. Murdoch, however, would retain control over both companies.

The News Corp. CEO has reportedly never been too keen on the idea but has recently  “warmed” to it, due to a number of unavoidable realities.

First, as the Wall Street Journal notes, News Corp.’s entertainment business is a significantly larger money-maker for the company. Nearly 90 percent of the $4.2 billion operating profit in the first nine months of the current fiscal year came from the entertainment division alone. A paltry $458 million came from the publishing side of things.

Added to that is the ongoing fallout over the phone-hacking scandal that hit the company’s British newspapers last year. Not only did the scandal result in the closure of tabloid newspaper News of the World , but it also forced James Murdoch to step down as executive chairman of News Corp’s U.K. newspaper arm. Clearly, there’s an oppressive cloud hanging over New’s Corp newspaper division.

The possible restructuring also shows that News Corp.’s investors, like a lot of people, aren’t confident in the future of newspapers. That’s likely a major disappointment to Murdoch himself, who started the now-sprawling News Corp. empire from inauspicious, newspaper-based beginnings.