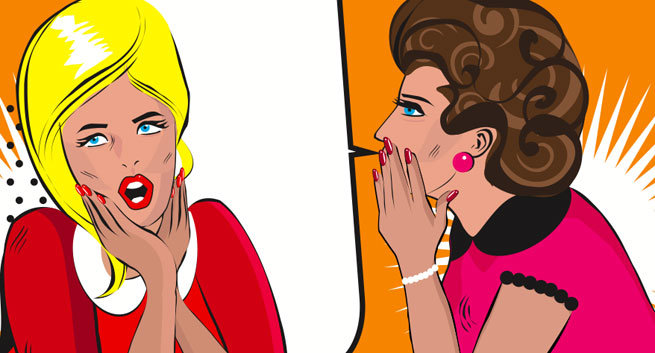 Note: we’ve added a full interview with NewsGator CEO JB Holston, a Microsoft partner in the enterprise social space, building its solutions on SharePoint. He’s got some great observations.

Yesterday, after half a month of speculation, Microsoft announced that it has purchased Yammer for $1.2 billion. According to Charles River Partners, the first venture capital firm to invest in Yammer, that’s the second largest all-cash deal for a VC-backed company, ever.

VentureBeat has been reaching out to industry sources — and the original Yammer investor, George Zachary — asking what this deal means for the enterprise social market. Here’s what we’re hearing:

“When Microsoft steps up to the plate with a deal this large, you know the category is gaining serious traction. The Yammer acquisition represents new validation for easy to use, integrated social collaboration: both for employees and across the enterprise value chain. This brings the market one step closer to adopting more effective and complete collaboration solutions for taking ideas and executing upon them.”

First, that SharePoint has failed to deliver the enterprise social capabilities that organizations are increasingly demanding.

Second, that Yammer has been very successful at attracting individual users, but they’ve continued to struggle at the enterprise level, where IT organizations still have legitimate concerns about security, integration and manageability.

Third, that Microsoft is willing to spend 1.2 billion dollars to play catch-up in this space. Yammer may enable Microsoft to offer a freemium social service, but it’s going to have a hard time cost-effectively attaching SharePoint to that service because Yammer is multi-tenant and SharePoint is not. They’ll sort out the integration eventually, but probably not quickly.

The companies that are truly threatened by this acquisition are companies like Teligent and NewsGator, who have created a lucrative business filling the social networking hole in Microsoft SharePoint.  As mentioned earlier, Yammer simply fills in the obvious cracks in SharePoint.  It fails to connect social collaboration and sharing with meaningful work context in an enterprise.

The end-user will ultimately have one platform for sharing and collaboration (SharePoint/Yammer) and another where real work gets done (ERP, CRM, BI, etc). Yammer in no way begins to bridge these worlds of structured enterprise processes with collaboration.

It’s clear that across a variety of industries, social is here to stay. VMware recognized this trend early on and acquired Socialcast more than a year ago — since then, many other companies have followed our lead. Today’s news is yet another proof point that social is becoming a critical and core component in the way that employees work.

Microsoft’s acquisition of Yammer is a clear indicator that cloud and collaboration solutions are an assumed part of the enterprise landscape.

With this complete embrace of the cloud, we can move on to the more important question of where enterprise files live, and what are the best deployment models for integrating the cloud into a larger data strategy.  It’s in this larger picture that we begin to understand that a hybrid cloud approach is the one that makes the most sense for the enterprise.

They are able to maintain the physical sensation of “touching” their data on premise, while leveraging the cloud for certain applications.  Over the coming months, the integration of Yammer and social collaboration tools with hybrid cloud data and file strategies will propel businesses into ever more efficient models of doing business.

Microsoft’s acquisition of Yammer is the latest in a wave of high-profile acquisitions and consolidations in the social software space. We’ve already seen VMware acquire Socialcast, Jive Software snap up Offisync, Oracle scoop up Collective Intellect, and Yammer purchase OneDrum. And these represent just a small snapshot of activity over the last few years.

The Microsoft/Yammer deal provides further validation of the increasing importance of enterprise social software. Technology that supports the new ways in which people are sharing information and working together is no longer a ‘nice to have’ for businesses, it’s vital. Companies that fail to use innovative social and mobile tools to make the best use of information in today’s knowledge economy will simply get left behind their competitors.

By buying up social enterprise vendors, technology goliaths such as Microsoft and Oracle have obviously woken up to the fact that this really is the future of working. They are now racing to plug the gaps in their own social offerings so that they can respond to increasing demand from businesses and government organizations alike.

Many employees at the junior (and now senior) end of the workforce live aspects of their personal lives through Facebook and Twitter, so the idea of introducing similar kinds of tools into the workplace seems to make sense from a communication and collaboration point of view. It’s not just Microsoft eyeing-up the opportunities afforded by the Facebook-led social paradigm shift. Established enterprise IT vendors, such as IBM, Oracle, Salesforce.com, and SAP, are all busy bringing social capabilities to the workplace via a variety of ways and means.

Microsoft already has a product that touts social capabilities – SharePoint Server, but this was designed and built in the pre-Facebook, pre-cloud era. Launched in 2008, Yammer is a new breed of enterprise collaboration solution, designed from the ground up to exploit social, mobile, and cloud technologies, and would sit neatly alongside Skype, the communication product that Microsoft acquired this time last year for $8.5 billion.

Microsoft’s acquisition of Yammer will undoubtedly have an opportunity impact at the commodity end of the enterprise social networking spectrum, but if Google and LinkedIn can address this aspect of the market with a compelling proposition, then all is still to play for.

Yammer is a good addition to the Microsoft portfolio. Microsoft’s organic additions to the Office suite, such as MySites in SharePoint, have not gained the traction hoped for and are lacking in the robust features social networking users expect today.

SharePoint is the likely center of gravity for the Yammer platform. The mature integration to SharePoint has to be very appealing.  In addition, the reach into the broad spectrum of platforms supported by Yammer will be a huge boost to Microsoft’s social networking ambitions in the enterprise. SharePoint needs to grow beyond its repository roots, and Yammer can make that happen.

As enterprises continue to become increasingly collaborative through new business processes, we only expect the concept of the social enterprise to rise in popularity.

Microsoft’s acquisition of Yammer best exemplifies that the interest in the social enterprise will continue as business decision makers look to match the right tools with organizational needs. In fact, solutions are adapting to better serve employee needs, and we have seen our customers paying closer attention to which solutions are best suited for their employees, clients, and customers.

… As a result, you will see companies, including Clarizen, looking to fortify their leadership in the social enterprise space with continual innovation and resources put into rapidly updating software to fulfill customers’ requests and expectations. … In the end, this creates a more collaborative and efficient ecosystem.

Let us know – email me, or add it in the comments below!