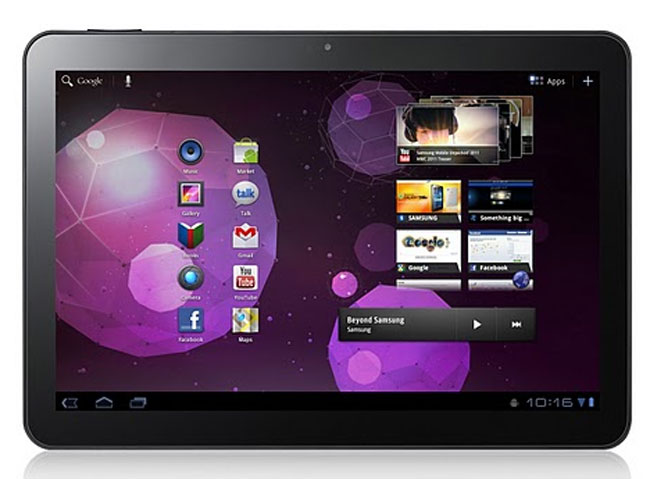 Just when you thought Apple’s legal battle with Samsung over its tablet designs was over, the iPad-maker has won a preliminary injunction that would ban the sales of Samsung’s Galaxy Tab 10.1 Android slate.

The ruling was made yesterday by U.S. district judge Lucy Koh, who also scored Apple its first major legal win against Samsung. Apple claimed last June that the Galaxy Tab infringed on one of its design patents and tried to pursue a previous preliminary injunction against the tablet last July. Apple has also recently tried to stop sales of Samsung’s Galaxy S III smartphone.

Samsung has already appealed the order, shortly after it was released yesterday. Apple still has to post a $2.6 million bond that would be paid to Samsung if the injunction was later deemed to be unjust.

“Although Samsung has a right to compete, it does not have a right to compete unfairly by flooding the market with infringing products,” Koh wrote in her court order (check out the full document below). “While Samsung will certainly suffer lost sales from the issuance of an injunction, the hardship to Apple of having to directly compete with Samsung’s infringing products outweighs Samsung’s harm in light of the previous findings by the Court.”

At this point, the ruling is more symbolic than anything for Apple. It’s more than a year since Samsung first unveiled the Galaxy Tab 10.1, and the company has already released a sequel to that device, the Galaxy Tab 2 10.1, which isn’t affected by this ruling. But for Apple, it proves that its dogged pursuit of design patents can eventually pay off. Samsung has also released tweaked versions of the Galaxy Tab 10.1 in other territories to avoid similar injunctions.

I’m most interested in how this legal win will affect Samsung. The company still isn’t ashamed to lift some design elements from Apple — its S Voice virtual assistant in the Galaxy S III looks a lot like Apple’s Siri, for example. But I can’t imagine that Samsung can continue to be as bold about its “Apple inspired” designs in the future.

“Apple sought a preliminary injunction of Samsung’s Galaxy Tab 10.1, based on a single design patent that addressed just one aspect of the product’s overall design,” Samsung said in a statement to AllThingsD. “Should Apple continue to make legal claims based on such a generic design patent, design innovation and progress in the industry could be restricted.”