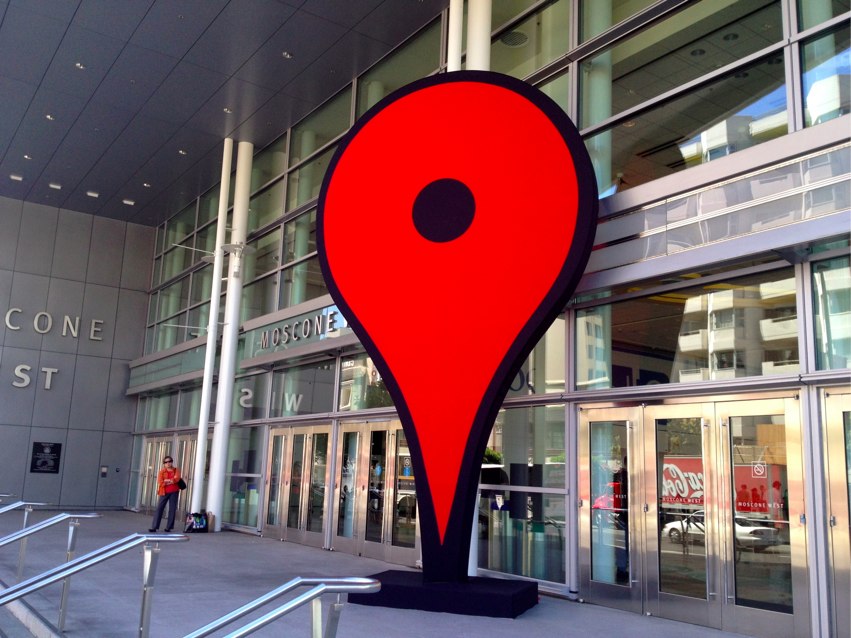 Public transit data, a key piece of the Google Maps experience, will soon find its way into third-party applications as the map-making experts at Google have just added transit to its Maps API.

Now developers plugging Google’s Maps product into their web and mobile applications can provide their users with public transit routes, color-coded transit layers, and schedules, Google Maps API product manager Thor Mitchell announced during a session at Google I/O Wednesday. Transit routes will include the number of stops, direction of travel, and type of vehicle. 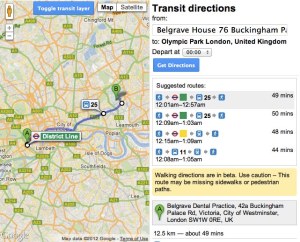 The update further pits Google against Apple on the mapping front, and it provides iOS developers with one very compelling reason to choose Google when picking a maps provider. Earlier this month, Apple announced that it was replacing Google Maps in iOS 6 with its own mapping technology, but its system lacks the transit information that may maps users have come to rely on.

Also new to the Maps API today, Mitchell revealed, are symbols. These symbols enable developers to add their own markers — in whatever shapes and forms they desire, be it dots, stars, arrowheads, or the like — to maps.

“The goal of the Maps API is about you, your data, your stories,” Mitchell said to the room full of developers.

The updates come as Google Maps, the one-time obvious pick for mapping software, is being forced to cede territory on Apple devices and losing favor with popular app makers as they switch to OpenStreetMaps.

“What Google gives up from not being on Apple devices, it will make up elsewhere,” Silva said.