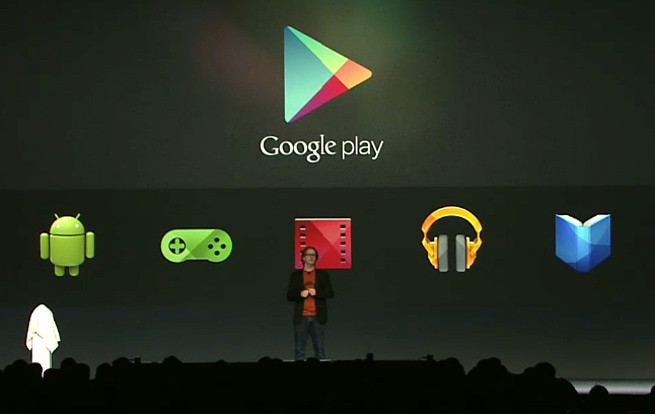 The Google Play app and media store has added new functionality that will help developers improve their apps, including smarter app updates and encryption that will improve security. Google also added the ability to buy movies and TV shows. The company made the announcements at its annual Google I/O developer conference in San Francisco today.

Google said that the Google Play store has seen 600,000 apps and 20 billion app installs thus far. Since its addition of in-app billing at the last Google I/O, the company said that in-app purchases account for more than 50 percent of revenue.

Now that momentum will improve with Google’s addition of more features. Smart app updates will make it possible to just download what has changed in the app rather than download the entire app again. App encryption will add security and safer billing. And finally, there’s the new Google Cloud Messaging, which gives developers a tool for in-app messaging.