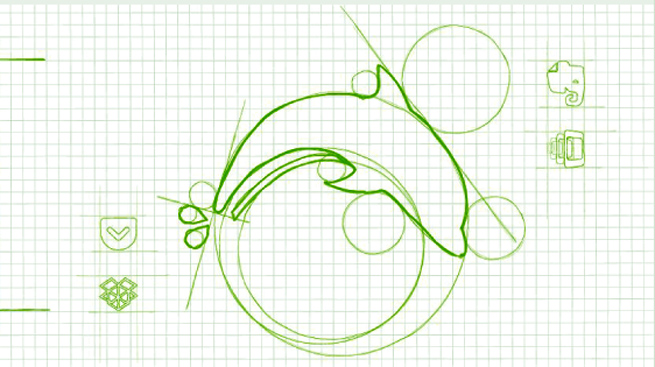 Dolphin Browser has been downloaded more than 16 million times across Android and iOS devices, and it wants to continue its lead as the top third-party browser for mobile. Dolphin developer MoboTap said its new “Dolphin Garage” initiative will give developers access to more than 150 internal APIs so they can do all kinds of crazy things with browser UI, interactions, and more.

“Dolphin Browser already contains 50 plus add-ons that have been installed over 14 million times,” said MoboTap CEO Yongzhi Yang, in a statement. “Dolphin Garage empowers even more developers to build any add-on or PhoneGap-based web app they want and allows more Dolphin users to discover their app.”

Dolphin also announced the addition of four new add-ons from Dropbox, Evernote, Pocket, and Wikipedia that expand what you can do with the wide-ranging mobile browser. The company writes of its new third-party add-ons:

Powered by Dolphin Garage, users can now seamlessly experience the following on Dolphin: 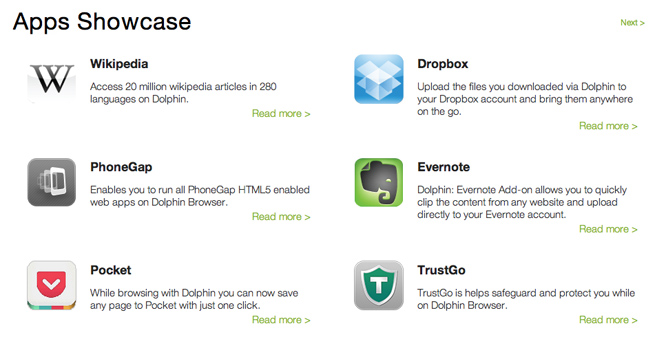