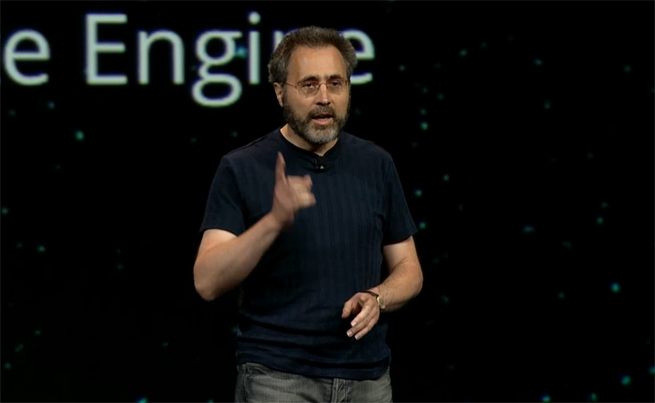 Google will soon take on Amazon, Rackspace, and more with its new Compute Engine infrastructure-as-a-service, a new product it introduced today at its annual Google I/O conference.

With Google’s incredible stash of data centers around the world, it makes sense to use some of those data centers to host and store sites and data. It could be an incredibly disruptive product to Amazon Web Services, the reigning king of public cloud infrastructure. Other players like Rackspace, SoftLayer, and Microsoft’s Azure will also be paying close attention as Google reveals more details about the upcoming service.

Compute Engine will provide Linux virtual machines that app developers and businesses can use for hosting, storage, and computational power. For example, as you can see in the photo below, the company spun up an instance with more than 600,000 cores to fire up an app called Genome Explorer from the Institute for Systems Biology. 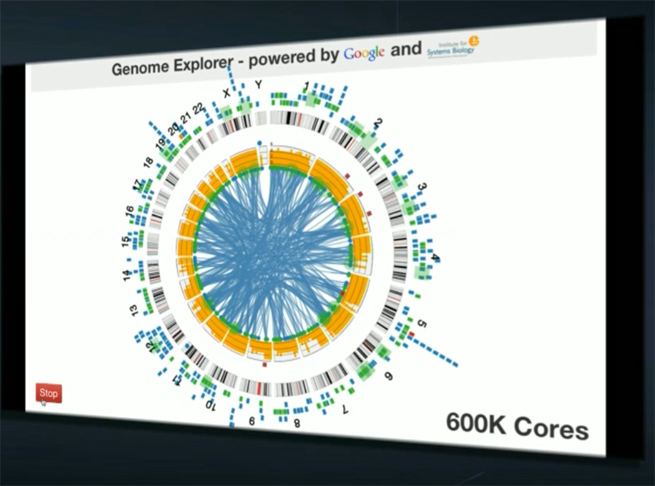 The service starts today in “limited preview.” Pricing is as follows:

Update: I asked Forrester infrastructure and operations analyst Andrew Reichman for some instant analysis of Google’s big announcement. He writes:

Google certainly has established themselves as one of the few companies in the world with an army of developers that can build massive-scale solutions at low cost and a network of data centers to host it at. This is a huge economic advantage over a firm that intends to buy commercial products and use facilities owned by third parties. Can they execute?

Most of what Google has designed so far has been advertising-driven free services with limited SLAs. That makes IaaS a very different business than their traditional core, but they have the money and the resources to give it a run if they are willing to invest heavily to make their offerings enterprise-class. If I’m Amazon, I’m not quaking in my boots as I have a big lead, but if I’m IBM, HP, or Dell, I’m even more anxious about my ability to get something going in this space, and worried that I might just get leapfrogged.

I’d say that we’re now likely to see a three-way battle of de facto standards between Amazon, Openstack/Rackspace/HP/Dell/IBM, and Google. [There] could be other entrants emerging, but I’d guess that it will settle into a relatively small number of options in time.