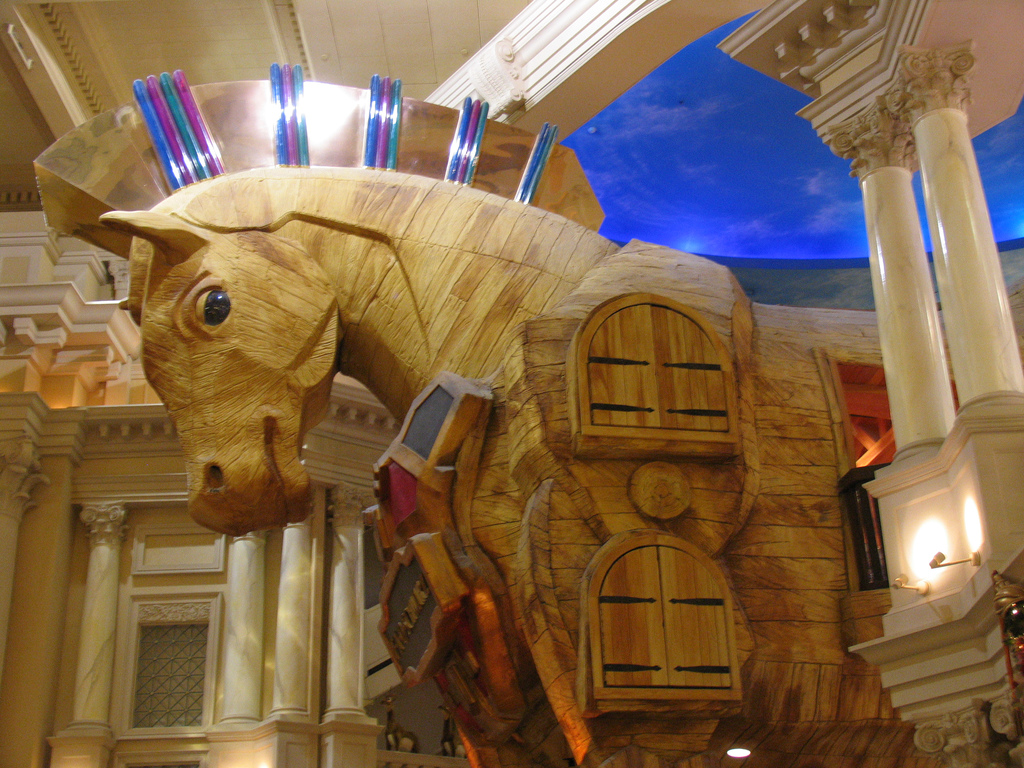 What a difference a year makes. Instead of insinuating that it was eating Apple for lunch, Google this year sent a message to consumers, developers, and the media at its Google I/O conference this week that its appetite for mobile is so ravenous that it’s willing to dine at Apple’s table.

No biggie, right? Wrong. Though Google would likely tell you that its mobile aspirations are platform-agnostic — the company declined the opportunity to chat with me about its iOS strategy — this reporter, along with analysts and attendees VentureBeat talked to, noticed a perceptible about-face.

“It’s a huge tone shift from last year,” developer and This Week in Google host Gina Trapani told me. “Last year, it was a picture of Android eating Apple,” she said, adding that the message to developer attendees was: Look at how great we are. “This year it was the promise of coming to the iPad.”

Here’s some proof: Google’s applications for Apple’s mobile devices were given ample demo time during the company’s two keynotes Wednesday and Thursday. Gundotra, in a moment that exemplified the shift Trapani spoke of, said Wednesday that the Google+ application looked “gorgeous” on the retina display of Apple’s latest iPad. It was a statement that he didn’t need to make, especially during the same event that birthed Google’s Nexus 7 tablet, and yet he said it.

“It was an acknowledgement that people love iOS,” Trapani said. “I’m really happy to see that they’re getting their best stuff on [Apple’s] platform.”

Chris Silva, mobile analyst for Altimeter Group, noticed the nod to iOS as well. “[Google] realizes that … there’s a huge platform that they need to serve in iOS, both in smartphones and in tablets,” he told me.

But Silva also believes there’s something more to Google’s iOS love. Instead of just giving a nod to a competitor’s beloved platform, Google, he thinks, hopes to hook Apple-lovers on its own hardware.

“There’s probably a lot of investment being made so that they can tempt people over to the Android side of the fence by having rich application experiences,” Silva said. “You could argue that what we saw today in browsing is head and shoulders above what anyone else is offering in mobile browsing. Once I start using Chrome on my laptop, and then on my tablet, and then on my smartphone, the barrier to entry for Android goes down quite significantly.”

Perhaps, then, what we’ve just witnessed is a Trojan-horse strategy. Google looks to dine with its enemy in peace but is really crafting an attack that will help it eat Apple from the inside out.