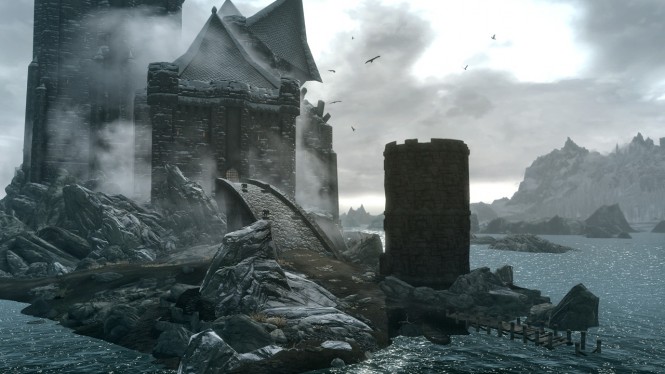 The Elder Scrolls V: Skyrim is an amazing role-playing game, but it sometimes lacks cohesiveness in its storytelling. Killing dragons and consuming their souls in effort to thwart an all-out fire (or ice) lizard takeover is a fine premise for an epic adventure, but I often found myself ignoring the main story in favor of rooting out dangerous enchanted artifacts and exploring Dwarven ruins.

That isn’t to say that Skyrim is boring. If it was, I wouldn’t have logged nearly 200 hours playing the game. It’s just that Skyrim’s main quest doesn’t have a real sense of urgency. Sure, you can work diligently to uncover why all the long-dead dragons are coming back, but you have very little incentive to see this plotline through the moment you stumble across a talking dog who wants you to help his demonic master.

Dawnguard, the first piece of downloadable content for Skyrim, takes a different approach to storytelling than the main game. Harkon, a powerful vampire lord, wants to find a set of Elder Scrolls and use its power to end the tyranny of the sun. Since the Dragonborn is Skyrim’s resident hunter of baddies who want to change the world to suit themselves, you can join the Dawnguard guild of vampire hunters.

Or, if you’re feeling particularly evil, you can sign up with the vampires.

Either way, terrible, sun-ending villainy is going down, and you’re caught in the middle. 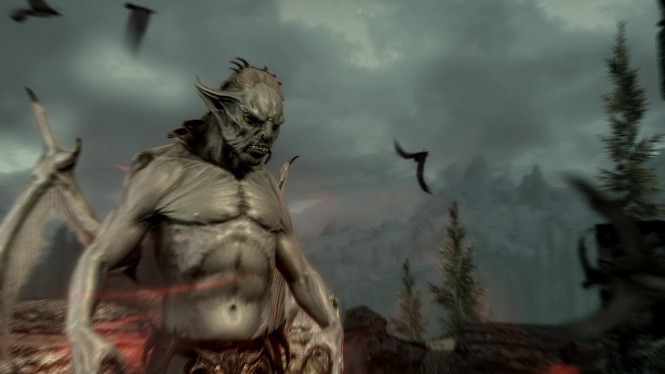 A sense of urgency
Perhaps it’s because the DLC revolves around a clearly stated premise, but the related quests simply feel much more connected and important than many in the main storyline. When your character reaches level 10, guards and townsfolk throughout Skyrim will make mention of people assembling a Dawnguard, or group of vampire slayers. The hunters will take just about anyone who wants to join, so you can travel to a hidden keep outside Riften to trigger the related quests.

Quickly, you find out that a powerful clan of vampires is growing increasingly more active and that the Dawnguard might be the only defense against whatever it’s planning.

What Dawnguard does particularly well is tying itself into the rest of the world by adding new threads to existing side quests. Unlocking items and conversations pertaining to the new content often means exploring easily overlooked dungeons already in Skyrim. This gives the threat against the sun a much larger presence and fleshes out a few odd-ball missions that felt a bit rushed before.

Everything simply feels connected, and a sense of urgency rises from wanting to see how the origin of the blind snow elves, vampires, and a Daedric Prince are all involved in the threat against sunlight. 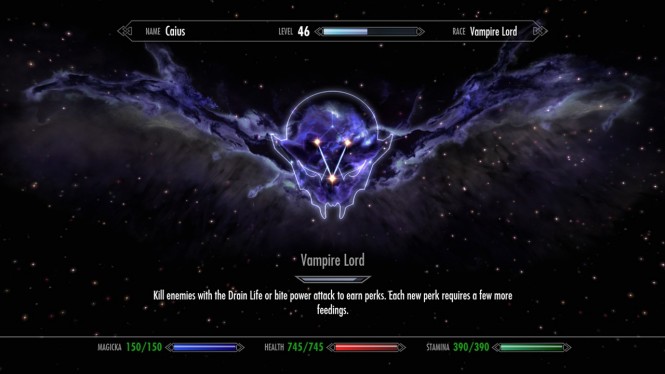 Vampire and werewolf perks
Before Dawnguard, contracting lycanthropy or sanguinare vampiris was often more of an annoyance than a potentially useful gameplay mechanic. As a vampire, the longer you go without feeding on humans, the more horrifying you look. While you also get more powerful, advanced vampirism turns pretty much everyone hostile when they see you. Being a werewolf comes with the awesome bonus of turning into a massive killing machine, but it also takes away any bonuses you get from sleeping and can only be activated once a day.

Dawnguard introduces a new perk system that rewards you for using your monster powers and allows for modest customization. As you claw and feast your way through opponents, you’ll unlock skill points to use in a separate perks tree. If you follow the new Vampire Lord ability also added in  Dawnguard, you gain the power to turn into a hulking half-bat creature capable of using blood magic.

Having a separate perk tree is great for players who might have maxed out their character’s experience level (Skyrim’s semi-cap is still at 50) or others who are just looking for a new set of skills to work with. You can only access to the new system if you are a werewolf or vampire and turn into your alternate form. Right now, the only way to become a vampire lord is to follow a related quest in Dawnguard — much like how completing a few companion missions grants you access to lycanthropy.