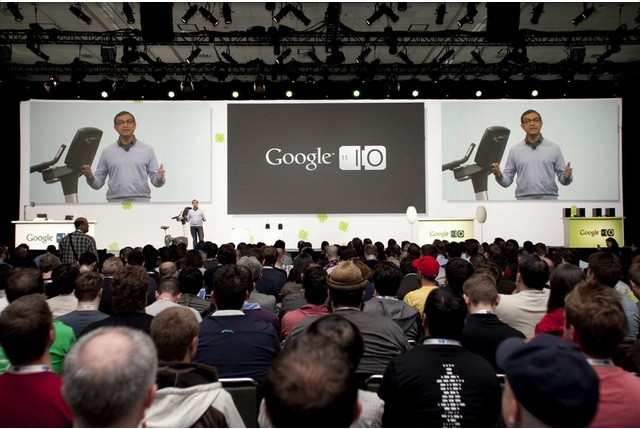 In day one of its Google I/O developer conference yesterday, Google upped the ante with many long-term foes and entered some new spaces.

The company announced the latest version of Android, Jelly Bean. (I was hoping J would stand for jalebi; maybe us Indians can get K for kulfi.) Google also announced a Nexus tablet, the Nexus 7, and a music and video streaming device, the Nexus Q.

Here’s my look at the risk impact from Google’s announcements on various competitors’ products:

Apple — Moderate. Although the Jelly Bean OS upgrade has some nice enhancements, nothing here is going to move the iPhone faithful over to Android. iPad has a similar stickiness to it. But a well-designed tablet (as the Nexus 7 seems to be) for less than half the price of the cheapest iPad will surely sway some people who were contemplating a tablet purchase.

Microsoft Surface — Moderate. Microsoft, a company with a reputation for vaporware, announced a tablet without a price or a ship date. Press at the launch event weren’t allowed to use the device. Google announced a price and ship date and gives away tablets to everyone in attendance. Fortunately for Microsoft, many enterprises are stuck with legacy systems that need Microsoft OSes. I can see consumers flocking to the Nexus 7, but I don’t see that happening for Surface. (Disclosure: I am long Microsoft. Maybe I shouldn’t be.)

Amazon Kindle Fire — High. Nexus 7 seems aimed squarely at the Kindle Fire. It’s all about content consumption. It has a similar form factor and price. The Nexus 7 is more elegant and noticeably lighter than the current Fire. We’ll have to revisit this when the updated Fire is announced; that’s expected to happen in July.

Facebook — Low. Google+ Events is the biggest threat item to Facebook. It’s possible that the “party mode” feature that automatically uploads photos to Google+ will cause users to shift their photo sharing activity to Google. That doesn’t seem very likely, though. Although photo sharing is what drove Facebook’s virality, that was at a different point in the social adoption curve. As much as Google touted the elegance of the invitations, having easy access to the people to send the invitations to is more important. The bigger threat to Facebook would be if Google started using interactions via phone calls, text messages, and IM to develop its own social graph automatically. The metrics that Google shared regarding Google+’s “success” were not only highly misleading, they were unimpressive, even if taken at face value. (Disclosure: I have various short positions against Facebook.)

Yelp — High. With the new search on Jelly Bean, Google is burying organic search results for certain local queries and instead highlighting reviews from Google properties such as Zagat in its cards. (In essence, this is the inverse of what Apple is doing with Siri, where Yelp results are being highlighted.) This creates a better consumer experience, but won’t help Yelp. Google also expanded its places API to allow third-party developers to access Google reviews.

Shazam — High. Shazam’s app is best known for a feature that can identify a song that’s playing. Google built that into Jelly Bean, eliminating the need for a separate app.

Flipboard and Pulse — Moderate. Google is building elegant news reading functionality into its apps and tablets. This would reduce the need for third-party apps. Pulse is also a pre-install on the Kindle Fire, which has Nexus 7 as a big competitive threat.

Sonos — Low. Google’s Nexus Q orb-shaped media streamer competes with Sonos’s music system in many ways. But there are so many bizarre design decisions with Q that I find it hard to believe it will convince anyone who was thinking of Sonos to switch. For the same $299 as the Nexus Q, you can get a Sonos Play:3, which includes speakers and will work with iOS and Android devices as well as PCs.

LG, Sony, and Vizio — High. OEMs that have partnered with Google for Google TV must be doing a big “WTF?” in response to Nexus Q. Although the products have different capabilities, the Nexus Q release raises serious questions about Google’s commitment to OEMs, just as Microsoft’s announcement of Surface did. Most people aren’t going to have multiple connected devices in their living room. The Q creates a lot of confusion in the marketplace … confusion that may lead people to buy a Roku or Apple TV instead.

Roku — Low. Roku is Silicon Valley’s little engine that could. They make a great, easy-to-use device at an impulse-buy price. At $299, Nexus Q is too expensive to be a meaningful threat. The varied interfaces among the different Google TV devices take away some of the potential of that platform.

Telenav — High. Apple kicked Telenav in the teeth a few weeks ago by announcing turn-by-turn directions for iPhone. Now Google is eliminating what little reason Android users had left to use the app by automatically generating directions and traffic estimates with Jelly Bean. Some of Jelly Bean’s features are reminiscent of features in Telenav’s Scout app, only they seem to be better executed. (Disclosure: my former boss is an executive at Telenav.)

And that was just day one. Overall, there were some great announcements … and some head scratchers.

Let’s see who Google decides to take on today.