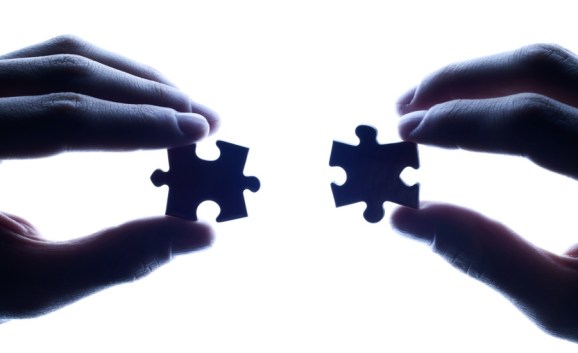 Earlier this month, Microsoft made the deal of the year when it agreed to purchase enterprise social networking service Yammer. Meanwhile, the IPO market is dead after Facebook’s much-discussed botched issuance and subsequent valuation slide. Suddenly, going public is out, while getting bought is very in.

Does this signal the start of a new wave of Silicon Valley dealmaking? Who knows, but it’s fun to play the role of hypothetical matchmaker. So in the spirit of my prior editorial — 5 Tech Deals That Need to Happen — here’s some armchair quarterbacking on who should be buying who.

By the way, if any CFO or VP Corp Dev at these companies wants to test the waters on one of these deals, I’d be happy to offer a free CapLinked workspace to manage the transaction process.

1. Facebook buys Pandora — Facebook is on a buying binge. If Instagram was a defensive purchase (to shore up Facebook’s weakness in mobile and protect its photo-sharing dominance), then the Face.com acquisition was an offensive play (to make photo-sharing better). But when Facebook gazes into the future, it knows that a $70 billion company needs to be about more than exchanging pictures.

Facebook has a Helen of Troy problem. Like the face that launched a thousand ships, it has inspired thousands of specialized niche social clones (e.g. Path, Tumblr, Pair) that will keep chipping away at the time users spend on Facebook. The company can’t fight off every niche use case; it needs to think big in terms of keeping up time on site if it’s going to monetize its huge account base.

Personalized-radio service Pandora addresses this nicely. It’s wildly popular among Facebook users and would give Facebook’s audience a reason to keep the site open all day. If Facebook maintained Pandora’s current $3.99 monthly fee, this would be an additional recurring revenue stream for a business model that Facebook could quickly scale. It might even accomplish what iTunes did for Apple and become a defacto consumer wallet, making it easier for Facebook to upsell/cross-sell other opportunities.

2. LinkedIn buys Jive — LinkedIn is slowly transforming in front of our eyes, and almost no one notices it. While hiring and recruiting will always be core aspects of the professional networking site, LinkedIn is increasing looking like a CRM and enterprise solution. Recent purchases of Rapportive and Connected make the move toward contact management pretty clear.

But as CEO Jeff Weiner discussed in a recent interview, enterprise solutions are an important part of the company’s revenue picture. He also said in a little-noted comment in that interview that LinkedIn was internally beta testing a tool to let employees inside a company communicate internally. In other words, watch out, Salesforce — LinkedIn is gunning for you and Chatter.

Jive might be a pricey pickup in the wake of the Yammer deal, but it would instantly bolster LinkedIn’s social enterprise capabilities beyond Salesforce’s and give its enterprise sales team 1) a new product to sell, and 2) the opportunity to sell its budding CRM capabilities to organizations already using Jive. This would be a long-term play and would require a lot of product integration, so it might be a little risky, but it could make sense for both sides.

3. Google buys Evernote — Social just isn’t Google’s niche. Twitter is the only social company that it makes sense for Google to purchase (which I explained in my earlier piece) even though the price is high. Short of that deal happening, Google should eschew social and focus on its core competency: information. And Evernote is all about information. But not the information that The Algorithm thinks you should have in response to your search query, rather the information you want to have.

Evernote is an amazing amalgam of web clippings, personal notes, photos, audio clips, and random content organized into notebooks with user-defined titles and tags. A deal makes sense on both sides of the equation. Deep Evernote integration into search would be great for users keeping track of content (e.g. “save this page to my recipes folder”). Integration into Gmail (sharing notes),  Calendar (meeting notes), and contacts (associating a clipped article with a person) could be powerful. And it could help Google target search and ads in a way that I don’t think I need to explain. Imagine what turning Evernote into a native feature on Android would do for mobile information storage. That alone might be worth the high cost of this deal.

4. Microsoft buys RIM — Recently dubbed the most innovative company in tech,  Microsoft is on a roll. Let’s run down its checklist of recent accomplishments: -Upgrade- Overhaul its desktop operating system? Check. Bring social to the enterprise? Check. Get the most innovative communications technology to integrate across multiple platforms? Check.

Now, what to do about mobile? The Windows 8 mobile OS seems like a solid start, but distribution is a problem. With only a limited number of phones in the marketplace, Microsoft is playing catch up to Google and Apple. One possible solution is to enter the hardware game in a big way by buying the Blackberry manufacturer, which has seen its market share erode in recent years. Besides giving Microsoft hardware distribution, it gives the company a stronger hand in the enterprise market.

Imagine perfect integration between your laptop and smartphone, with files synched through SkyDrive, colleagues available through Yammer, and chatting a click away with Skype. Your phone and your computer become two sides of the same coin. RIM can get out of the software business and Microsoft will lock in the enterprise market for another generation.

5. Apple buys … No One — Siri notwithstanding, Apple famously eschews acquisitions, especially big acquisitions. I could make the case that Square makes sense as a bid to own mobile payments, but that would cause friction with PayPal. Twitter works great embedded in iOS, but deeper Facebook integration is coming, so why rock the boat here? Once upon a time, I thought MySpace with its musician focus would’ve been a good pickup to complement iTunes, but that ship has sailed (or sunk).

So who should Apple buy? Probably no one. It’s hard to move the needle through acquisitions when you’re a half-trillion dollar company. So when you’re firing on all cylinders, making money hand over fist, and enjoying more-or-less friendly terms with everyone except Google, just keep doing what you’re doing.

Eric M. Jackson is CEO and co-founder of CapLinked, a private investing platform that gives companies, investors, and advisors tools to network, manage a capital raise or asset sale, and exchange updates. Eric previously served as PayPal’s first marketing director and is author of the award-winning book The PayPal Wars.