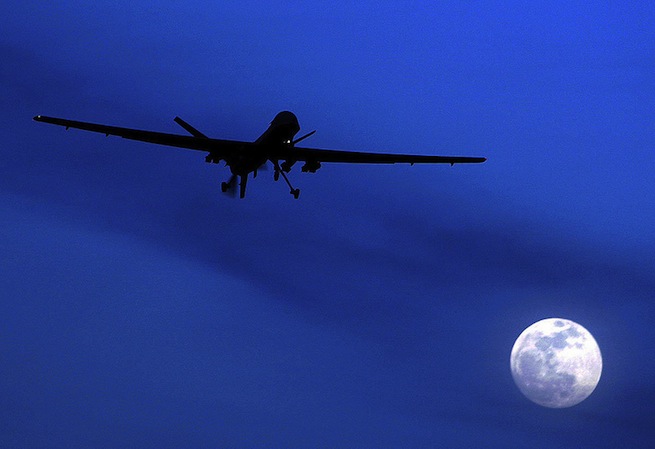 A team from the University of Texas at Austin showed Homeland Security just how detrimental GPS spoofing can be to our drones program. The group hacked a school-owned drone using a cheap, home-made spoofing tool.

With Homeland Security officials standing by, the team confused a hovering drone from nearly a mile away using GPS spoofing. GPS spoofing is the act of hacking into a GPS system and tricking it into believing it’s somewhere it’s not. From here, a hacker could provide new coordinates for the drone to follow and eventually ground the aerial vehicle in their desired location. While the process seems complicated, Professor Todd Humphreys from the University of Texas at Austin created a spoofer for less than $1,000 that could execute the necessary instructions.

“In 5 or 10 years you have 30,000 drones in the airspace,” Humphreys told Fox News. “Each one of these could be a potential missile used against us.”

The spoofer convinces the target drone into believing all the information it is being fed is legitimate — that nothing is unusual. He then is able to change the drone’s course to his liking.

In 2011, Iran captured a U.S. drone. It was believed that engineers in the country had detected the drone and used GPS spoofing to bring it down. At the time, the American Civil Liberties Union called for more restrictions on drone usage in U.S. airspace, as many begin to fear how these drones could turn on us.

via Fox News; Drone image via AN HONORABLE GERMAN/Flickr