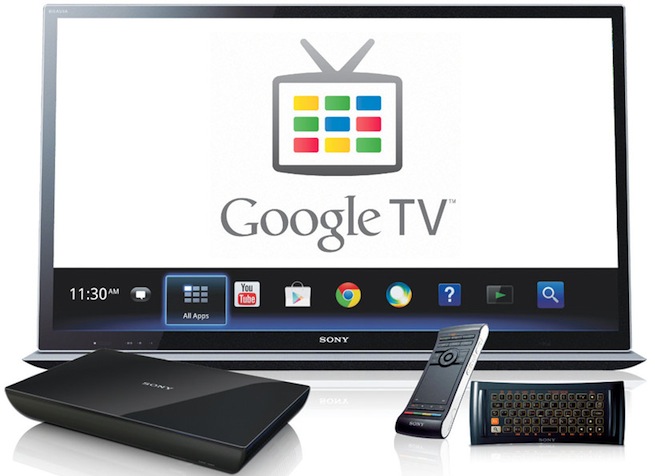 Later this summer, the company will roll out more support for its digital media Google Play store, allowing you to find movies, TV shows, musics, and apps. You’ll also be able to make purchases directly from the store, which is a nice addition — especially if you’ve cut your cable cord. Traditional TV service providers usually have a library of newer movies and TV shows available for rental directly from the cable box, and now you can pretty much do the same on Google TV.

But probably the biggest announcement coming out to Google I/O was the planned addition of more support for second-screen Android devices via Google TV. Essentially, this means GTV users are going to get their very own version of Apple TV’s Airplay functionality baked into each app. That’s cool, but it sure make’s Google’s new Nexus Q media streamer look unnecessary.

And the overall announcements the company made about Google TV at the event seem a bit sparse. Google has been hyping its media platform for a while now, and many people expected to hear some big changes for Google TV’s future. However, Google TV barely got a mention during either of the two keynotes at Google I/O.