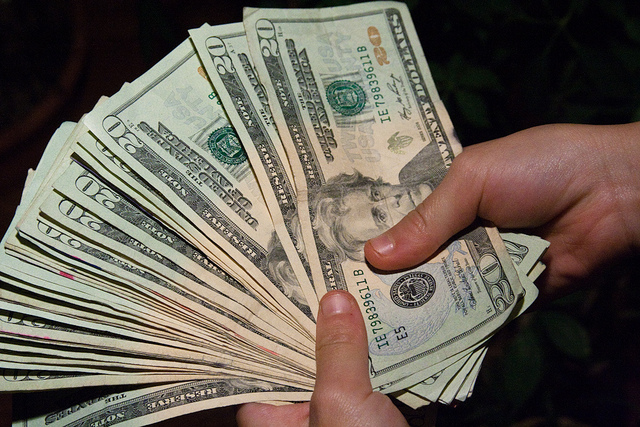 Even with the recent passage of the JOBS act, there’s still a lot of debate in Washington D.C. on how best to spend taxpayers’ money to create jobs. Committee Chair Sen. Mary Landrieu (D-LA) introduced a bill earlier this year to increase the combined leverage capacity for affiliated Small Business Investment Company (SBIC) program funds from $225 million to $350 million.

However, there is a huge misunderstanding that the proposed increase will merely expand the U.S. deficit, which it will not. The SBIC program is, by and large, self-funded, and the SBIC debenture program is a government guarantee. Only after all of the contributed equity capital is fully absorbed or used up will the debenture holders look to the U.S. government as a source of repayment.

I believe this is another important step for fostering entrepreneurship, stimulating small business growth and creating jobs and I shared my views on Capitol Hill with other business leaders.

I should make a disclaimer that for me, this is personal. I’ve been there. In 2003, I had an idea; I had experience; I wanted to start a company that would help fund entrepreneurs who needed capital to grow their business. However, I could not get a bank — any bank — to give me the capital I needed to get going. Fortunately, the SBIC was there to fund my startup, Hercules Technology Growth Capital, in 2006. Now, as an SBIC licensee ourselves, Hercules has funded other entrepreneurial pioneers who have gone on to create hundreds of other technology jobs.

Through the Small Business Association’s (SBA) SBIC debenture program, billions of dollars in critical loans have already been provided to some of our nation’s most promising companies through accredited and proven lenders such as Hercules. This was especially true during the 2007-2009 credit crises. When many banks stopped lending entirely, the SBIC debenture program became a crucial funding source for many entrepreneurial companies. In fact, our own credit facility was not renewed by our two banks and without our SBIC facility, many more companies besides our own would have suffered.

The real debate is how we can further provide American entrepreneurs, from Main Street to Silicon Valley, with access to the capital they need to start and grow innovative new companies such as new medical technologies or cloud computing companies. There’s an incredible amount of American ingenuity that just needs help with ramping up and getting capital, especially in the West, which is the most under-served by the SBA.

Despite outsized valuations and funding rounds for certain companies, the current venture capital industry is nowhere near its historic peak in terms of funding. In 2000, at its peak, venture capital firms invested approximately $99 billion. Last year, according to the National Venture Capital Association (NVCA), the venture market only did $29 billion in activity. The SBA program complements the venture market by providing access to non-dilutive capital for startups through its licensees.

Unfortunately, the program is not well known by many entrepreneurs. I would encourage the SBA to provide forums to teach entrepreneurs how to use the SBIC to get a company off the ground and accelerate their growth rates, by using SBIC’s as an additional source of funding..

Hercules has witnessed firsthand the enormous impact of strategic capital on the evolution of innovative companies such as Annie’s, Box.net, BrightSource Energy, and Aveo Pharmaceuticals as they grew from start-ups to market leaders. Frankly, I would love to go beyond the $350 million Senator Landrieu has suggested because I know we could put that money to work, and use it to create many more technology-related jobs in this country.

By providing as many funding options as possible to entrepreneurs, the new proposed legislation can help to spur technological innovation and maintain U.S. competitive advantage in critical industries such as technology, life science and cleantech. I hope to see this debate continue.

Manuel A. Henriquez is the Chairman, Co-founder and CEO of Hercules Technology Growth Capital (NYSE: HTGC), an SBIC licensee and specialty finance firm that provides customized debt financing to venture-backed companies. He recently participated in a Senatorial Roundtable Committee on Small Business and Entrepreneurship SBA roundtable.