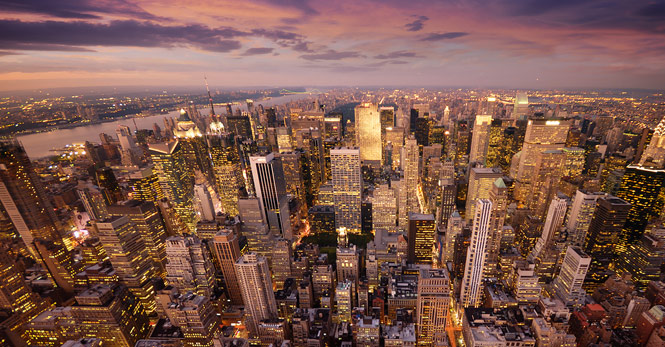 Those are all things you can do … if you make your city smarter.

IBM calls it Intelligent Operations Center (IOC), and in the past three years has led over 2,000 projects to “monitor, measure, and manage city services such as water systems, public safety, transportation, hospitals, electricity grids, and buildings.” Just this past week, the company announced new projects in South Bend, Indiana, Davao, Philippines, and Lyon, France.

In each of them, the company will be working to add sensors to everyday infrastructure, install software to integrate and manage the massive inflow of data, and provide city officials with the information and intelligence they need to run their cities better. Hopefully, the result will be better, more livable, and more sustainable urban environments.

VentureBeat spoke to Chris O’Connor, IBM’s vice president in charge of engineering and smart city products, to find out what makes IOC tick. And to learn what might be the future of smart cities … an operating system for reality.

O’Connor: There are two major things. In each domain (for example policing, social services, or transit), you want to take the digital information and make that domain very efficient and proficient.

Secondly, you cross-connect the agencies, linking silos of information that don’t always work together currently. For example, you link the permitting process and your fire, transit, and ambulance systems, which would allow you to create dynamic permits for special events. Or, you could take one set of assets, like cameras, and use them for both transportation and policing. This allows agencies to work together in teams in emergencies.

VentureBeat: What kinds of sensors are we talking about spreading through our communities?

Then there’s soft info, like tweets or status updates.

And, of course, there are safety sensors: water safety, chemical detection, and so on. 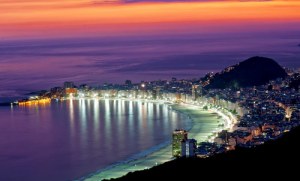 VentureBeat: How do the sensors communicate?

O’Connor: The underlying basic flow happens over internet protocols. The language can vary widely but is usually consolidated by type (for example, transportation devices all speak similar languages). Water systems are the same way. Policing protocols as well.

There is some degree of open standards … efforts and standards bodies trying to unify them. The focus up till now has been to get the domains to have a common language.

But the next generation is to create some common standards, or at least common interaction protocols. We participate in standards bodies around that.

VentureBeat: What operating systems do the sensors run? Android, Linux?

O’Connor: It varies pretty widely depending on vendor. Many run some form of Linux or some flavor of an embedded OS. Some run very small, proprietary pieces of micro-code.

VentureBeat: So what does IBM do … what’s your role?

O’Connor: Our role is tying the information flows together and creating a common information model, allowing the agencies to interact.

We do have a microelectronics division that does work with many of the vendors and helps build the sensors.

VentureBeat: What are the key things you’re announcing today?

O’Connor: I think of three main points in the three cities, and each city drives a different point. All three of them will use the Intelligent Operations Center. That is the product that is designed to ingest information and make it relevant. 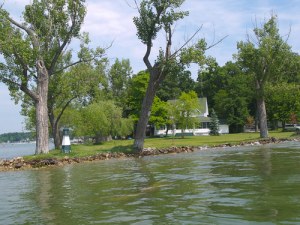 Above: South Bend, IN

Davao, a Philippine city, is using IOC to link two agencies together: emergency response and transportation. What it does is give them better coordinated response and the ability to run emergency ops with standard operating procedures and allow the transportation authorities to participate in that at the same time. That’s an example of cross-agencies coming together.

The second one is with one of our business partners called Veolia. Veolia is working with the city of Lyon, France, using the operation center with one of the transportation modules to be able to instrument transportation inside the city. What’s significant about this is that IBM isn’t only selling to cities, we’re selling to partners whose expertise is transportation or water, and they’re delivering this capability on their own.

And the third case — it’s very interesting and it’s been up and running for some time — is South Bend, Indiana. South Bend is using this for water management, waste water, to help them better move the water through the city … and handle the storm runoff that can be very severe in that city at times. Instead of buying the software, they’re using it in the cloud.

O’Connor: There are open source components to be able to provide some analytics and emergency management. We have adapters that let those connect in. We don’t necessarily open source all of our software, but we have an open programming model that anybody can write to.