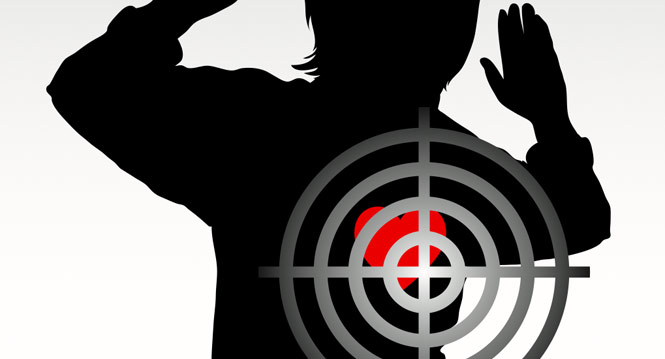 Swap chairs for a moment.

You’re the chief executive of NewsGator, a key Microsoft partner in enterprise social software. You’ve just been named a Microsoft Globally Managed Partner. And both of your key product lines contain the words “for SharePoint” in their names.

Yeah, that’s the software most industry execs think Microsoft is going to integrate Yammer into. Yammer, of course, being Microsoft’s new billion-dollar toy in the enterprise social space. And SharePoint being exactly what you’ve built your entire solution on top of.

If you’re like most people, you might think: bug, meet windshield. Most people, however, are not CEOs of major corporations. Or have raised almost $40 million in capital. Or have four million paid users. Most people, not to put too fine a point on it, are not JB Holston.

“A couple of their very senior people called me on Monday,” Holston told VentureBeat. They warned him about the deal before the speculation was confirmed, and tried to soften the blow.

The Microsoft execs told Holston that NewsGator should not be worried, for four reasons.

“They said to me, ‘First, we think these guys have cracked the code for the freemium model … we didn’t buy it for your existing customers. Second, you’re a really critical enterprise partner of ours, and for the long haul. Third, you as an ISV (Microsoft-speak for independent, i.e., non-Microsoft software vendor) should think of Yammer as another platform in the Microsoft arsenal that you can leverage going forward.'”

Finally, they told Holston that the acquisition was not meant meant to imply that they were going to stop doing anything they were otherwise doing.

When Holston caught his breath after the call, he realized several things.

“On our software roadmaps we always assume that certain social capabilities are going to get commoditized. For example, Salesforce bought Chatter, mostly to give it away. What we’ve been focusing on is moving up the value add chain.”

And, from a NewsGator perspective, Yammer is mostly departmental software: not a big enough solution for truly enterprise customers. NewsGator’s focus, Holston told VentureBeat, is Fortune 2000 companies. These are huge multinational corporations with tens and hundreds of thousands of employees.

“Yammer is not a competitor in the space where companies have 180,000 people, they’re multinational, and they need the software in German. If it’s not in German, it’s a non-starter.”

And it’s not just about the product or the localizations; it’s about the sales model, the service model, and the implementation approach.

“For the class of customer we deal with our two competitors and IBM and Jive,” Holston says. “It’s not just a product but a whole service approach. For example, an IBM can go to a company and say, ‘we’ve had hundreds of thousands of people on this solution for years; here’s how we can do it for you.'”

So ultimately, although perhaps a shock, Holston is not worried, as he mentioned in a post on the company blog. NewsGator is a different class of product with a different class of customer. In fact, he feels, Microsoft’s acquisition of Yammer is a good thing for NewsGator. It keeps NewsGator’s focus on enterprise-class clients, and it keeps Microsoft’s internal focus on lower-end, lower-value, smaller clients.

“If it’s going to mean that Microsoft is going to more on its own … that gives us greater runway,” Holston said. “In fact, Yammer has been a great lead source for us already.

And the integration question? Will Microsoft integrate Yammer and SharePoint?

“My honest answer is that whatever it means it doesn’t mean they’ll take the Yammer code and integrate it with SharePoint,” Holston told VentureBeat. “They’re not going to shove two completely different code-bases together.”

Instead, he feels, there will be an Office 365 integration first, and probably a tie-in to Microsoft’s cloud offerings to compete with Google+.

“Any other relationship with SharePoint per se is unimaginable to me — it would be faster for MS to just write one on their own than to try to port one to their other  — and Microsoft has said they won’t do this.”

NewsGator’s competitors seem to agree, or at least Jive. Holston said that Jive thinks the Yammer acquisition is a great thing. For IBM he wasn’t so sure.

“For IBM a shoe has dropped … but I think they’re looking for the other one in the closet,” Holston said.

Presumably that would not be Microsoft’s closet.