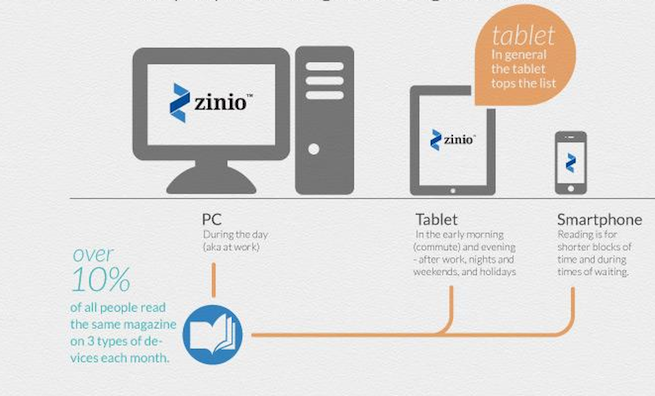 It’s no secret that digital magazines are gaining a foothold among consumers, and thanks to some new consumer data released today digital magazine storefront Zinio we have a small window into how people are consuming these digital publications.

The company says it’s put over 120 million digital magazine issues in the hands of consumers in the last year, which I’m assuming includes both paid and free promotional magazines. Of the people who subscribe to magazines through Zinio, 85 percent had never subscribed to the print version, according to the company. Also, nearly everyone actually reads their digital magazines month-to-month, which is probably a much higher number than print. (I have old issues of Wired stacked up somewhere still sealed in plastic packaging. So, Zinio’s return rate is pretty good — assuming the company is only counting when people finish the magazine cover-to-cover.)

Zinio’s move was done to promote its subscriber rewards program, but I suspect the information might also have something to with rumors that the company is putting itself up for sale. Fortune reported earlier this week that the San Francisco-based company hired investment bank Montgomery & Co. to manage a potential sale worth $50 – $100 million. And with Apple’s Newsstand showing strong growth as well as Google Play now offering digital magazines for purchase, Zinio putting itself up for sale might be a smart move.

While we don’t have an official confirmation about a potential sale, we do have Zinio’s digital magazine consumer data infographic, which we’ve embedded below: (Click image to enlarge)