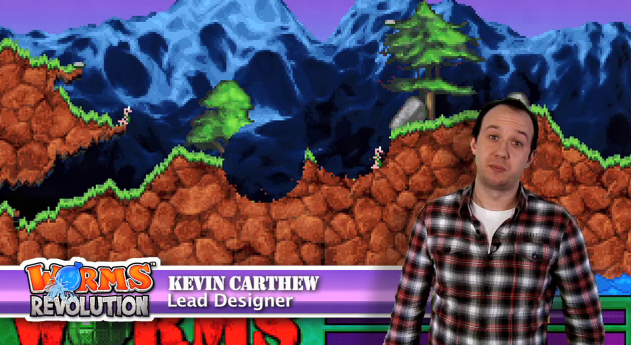 A game where two teams of smack-talking worms battle to the death with an arsenal of weapons including bazookas, exploding sheep, and holy hand grenades doesn’t seem like it would have a whole lot of appeal, but developer Team 17 has released over 15 titles in the Worms series. Addictive gameplay will carry even the most ludicrous of concepts.

But did you know that one guy originally created Worms as a game he could enjoy with his friends at school? Well, you can learn more about the humble origins of the franchise by watching the video below, which also serves as the first developer diary for the next installment in the series, Worms: Revolution.

Worms: Revolution lead designer Kevin Carthew talks about how the franchise has evolved since the original came out in 1995, including an awkward period when the games went 3D. He also shows off the new engine the developers created specifically for the upcoming game.

Team 17 will be releasing Worms: Revolution this September for Xbox 360, PlayStation 3, and Steam.