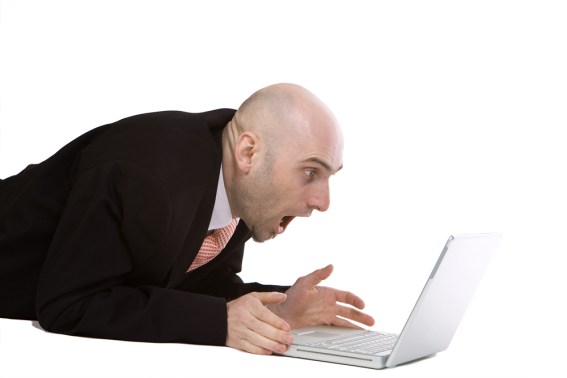 You have no one to blame but yourself if you’re confused about Facebook’s recent email changes, the company said in a statement today.

Last week, Facebook replaced users’ default email addresses with the Facebook addresses the company would much rather users use. Critics called the move presumptuous, but the bigger issue appeared to be that, for many users, the shift resulted in lost messages and, on mobile devices, missing contact data.

Facebook, however, says that the problems were due to user confusion, not poor interface design.

Here’s how a Facebook spokesperson explained things to ReadWriteWeb: Instead of sending all incoming mail to a user’s Messages folder, Facebook only does so if the sender is a friend or a friend of a friend on Facebook. If that’s not the case, the messages get sent to the Other folder, which is where Facebook says most of the missing messages have gone.

In other words, Facebook users are to blame for not knowing how to use an email system they were only aware of a few days ago. Seeing as how even seasoned Facebook didn’t know the Other messages folder existed, it’s unfair to attribute blame for the issues on user confusion. After all, this isn’t the first time Facebook has made a questionable design decision.

Update: Facebook has shed a bit more light on the cause of both issues, the first of which is attributed to bounced and subsequently spam-blocked emails.

“If you’ve specified in privacy settings that you only want to receive messages from friends or friend of friends, then the message will bounce,” the company said in a statement to VentureBeat. Facebook also noticed in a limited number of instances that these bounced back emails can also get caught in the sender’s spam filter.

“We are working to make sure that e-mail senders consistently receive bounce messages,” a company spokesperson said.

As for the missing contact data, Facebook blames the issue on a bug. “For people on certain devices, a bug meant that the device was pulling the last email address added to the account rather than the primary email address, resulting in @facebook.com addresses being pulled,” the company explained.

Facebook says it’s in the process of fixing the bug.